It has been about two years since we last posted about the current state of high content imagers and their use in characterizing 3D cell culture models and we thought an update was in order as a lot of changes have taken place over the last two years.

3D cell culture models go by a lot of different names (e.g. spheroid, micro-tissue, organoid, organ-on-a-chip, bioprinted construct) but all of them have at least one thing in common which is that they are three-dimensional aggregates of cells. When compared to traditional two-dimensional cell culture models, this creates a characterization challenge in that light only penetrates a few cell layers deep into any three dimensional tissue and thus imaging depth with traditional wide field imaging is severely limited and is only capable of characterizing the exterior of these models. In practice, employing wide field imaging to characterize these models creates a significant bias as you are only characterizing cells on the exterior of these models which are most exposed to compounds and nutrients and thus your results are not indicative of the entire cellular population. We have seen that in many case this leads to inaccurate dose response curves and dramatic reductions in sensitivity. In many cases it can lead to misleading conclusions as the outside of these models is a far different micro-environment than their interior.

Traditionally, many researchers have attempted to characterize 3D cell culture models using histopathology. However, the problem with this approach is that is super low throughput and many 3D cell culture models need to be pooled in order to get a single slice from a single model as they are typically quite small and challenging to section. Furthermore, it is difficult to acquire a section from the center of these models and many times there is some polarity to 3D cell culture models where a single slice might not be indicative of the entire three dimensional structure. The very reason we are employing these models is due to their three-dimensional architecture and thus using these traditional characterization approaches loses the very benefit of switching to these models in the first place.

To overcome this problem, Visikol and several other research groups have developed tissue clearing approaches such as Visikol HISTO-M which allow for these models and other tissues to be rendered optically transparent such that they can be imaged in their entirety. However, in order to image these models in their entirety, confocal imaging must be employed. It is for this reason that the scope of this post only pertains to confocal imagers as a confocal microscope is truly required to maximize the utility of 3D cell culture models.

The focus of this post will be on comparing the following imagers to each other in the context of 3D cell culture imaging. It is important to understand that none of these imagers are ideal for all situations and each has a specific set of use cases for which it is optimal.

The first parameter that we will look at when evaluating these systems is down time which is challenging to quantify. However, we are part of a large network of high content users and have a wealth of knowledge about the reliability of these systems from our Clients and peers. As a company, we operate as a contract research organization and conduct drug discovery projects as a service for our Clients. We pride ourselves on our ability to turn around projects quickly and with best-in-class quality. When we have considered imagers, one of our main considerations always been down time or the time that an instrument will be out of service over any given period of time. For us, an imager going down for even a single day means that our Client projects are likely going to be delayed and our Clients are not going to get their data back on time which is unacceptable.

Therefore, for us reliability is crucial as is the ability for the manufacturer of the system to quickly get on site and help us with a fix or getting a needed part. It was for this reason that we originally purchased a CX7 LZR as our first high content system. While not the most advanced hardware and having limited software functionality, we knew from customer interviews that the instrument was highly reliable and in the last two years we have never had it down for more than a few hours. Conversely, from our conversations with a dozen Opera Phenix users, we have seen average down times as high as 30% which means than in a year the instrument could be down for 3-4 months as it is waiting for parts or service. While the Opera Phenix provides substantially higher throughput imaging and image quality than the CX7 LZR, it is very prone to breakdowns and cannot be easily repaired by a company.

Inline with down time above, a major consideration for all imagers is service (i.e. how quickly can a technician with parts get out to your facility to fix your imager). For this reason, we have excluded from this post a number of smaller players in this space. While they might have great instruments, down time is a major problem for any group and we have always felt that having a large and well resourced company behind the parts greatly helps this effort.

From our experience, pricing is rather negotiable with the imagers above depending on your willingness to partner with the manufacturers and a number of other factors. However, below are pricing ranges that we have gathered from discussions with the individual companies and also other high content users in the space.

When imaging 3D cell culture models using confocal imaging, we want to minimize the amount of wasted space that we image as this wasted space is wasted time and throughput. To efficiently do this, an image can be taken of a plate in wide field at low resolution to locate each individual 3D cell culture model in each well and then a field of view can be assigned to each 3D cell culture model in each well such that the models fit squarely into one field. This is critically important because without this functionality 4, 9 or 16 fields of view might need to be taken unnecessary to image a single model wherein up 93% of the data is just black space. At Visikol, we refer to this imaging functionality as “double pass” or “pre scan” and it is a critical piece of software for imaging 3D cell culture models. Currently, our understanding is that of all the imagers above, the CX7 LZR is the only imager that does not have this functionality. At Visikol, we have developed a few custom software approaches to address this problem with our CX7 LZR, but out of the box this is a major limitation of the CX7 LZR and will reduce throughput up to an order of magnitude.

We find that image quality is one of the most debated features among these imagers and everyone always claims that their quality is better due to their optics or camera system. From our experience, we have found that all of the imagers have good-enough image quality for most research questions and when assessing large numbers of 3D cell culture models, we are seldom trying to acquire publication quality images anyway so this comparison is not as important as one might think.

Perkin Elmer was the first to introduce dipping objectives into the high content imaging space and most recently Molecular Devices installed these as an option on their ImageXpress as well. Dipping objectives achieve better quality imaging through the removal of the objective/air interface and replace it with an objective/water interface which has a much closer refractive index match which means less defraction of light and better images. From our experience, the impact of these objectives with the use of tissue clearing is negligible but in the context of live cell imaging they certainly provide better imaging depth and quality wherein tissue clearing cannot be used. While we see these as a very cool technology, we have not chosen to use them because we don’t see a large improvement in our imaging quality and they also add a level of complexity and a potential failure point (i.e. a water source within our microscope) which we do not want. From those who have dropped a slide in their high content system know, a few drops of water are enough to corrode a bearing or stepper motor and cause the stage of a system to grind to a halt.

Of all the instruments above, the Opera Phenix has the highest imaging throughput capability as it can acquire multiple channels simultaneously if so desired. While we have seen dozens of these systems at major pharmaceutical companies, we seldom ever see companies pushing these instruments anywhere near this limit. Outside of the Opera Phenix, the remaining instruments have similar throughput to one another which can be slightly increased or decreased depending on the camera being used and several other factors. Additionally, there are other outside factors at play such as the availability of the double pass functionality and the ability to automate the system which can be a bit more challenging for systems like the CV8000 which are designed for live cell usage.

Over the last few years, Thermo Fisher and Molecular Devices switched their imagers over to illumination by lasers instead of LEDs. This was a critical change as lasers allow for much better imaging depth than LED illumination and also allow for a much higher level of imaging quality with depth. Additionally, lasers are not prone to many of the imaging artifacts that are created if one uses LEDs with Corning Ultra Low Attachment plates.

Which Imager is Best for You?

From our experience, we would recommend the ImageXpress or CX7 LZR to 95% of research groups that are looking to acquire a high content imaging system for 3D cell culture imaging because of the combination of factors described above. Due to the ease-of-use of the ImageXpress 3D cell culture software and its double-pass functionality, we would recommend this system to most research groups even though it is likely going to be 10-20% more expensive than a comparable CX7 LZR. 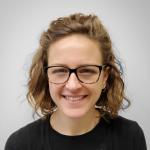