Since researchers first wanted to characterize the morphological features of tissues, they began to rely on the practice of histology where ultra-thin slices of tissues are placed on glass microscope slides, stained and qualitatively analyzed by a trained pathologist. This paradigm is currently used in all life science research fields to characterize tissues for use in research as well as the diagnosis of disease.

However, a major limitation of this approach is that it relies on a human to render a qualitative report on a tissue – i.e. is a stain strongly expressed or does it have average expression? Answering these questions directly impacts outcomes for patients and is ultimately a subjective analysis that can vary between pathologists as well as during the course of a work day as a pathologists scan through a multitude of slides.

The field of digital pathology aims to change this paradigm dramatically and makes the case that computers can better evaluate tissues than their human counterparts. The  technologies that enable digital pathology are not new, but what is new is that computing power has gotten to a point where computers have been routinely surpassing their human counterparts in diagnosing several diseases in regard to accuracy, speed and reproducibility.

To an outsider, the rationale for this paradigm shift is obvious as computers and digital image analysis have now replaced or are in the process of replacing their human counterparts in a wide-range of fields such as evaluating crop water stress via drones, facial recognition on cell phones and self-driving cars. However, digital image analysis has been relatively slow to be adopted in the histopathology space due to a wide array of technical, inertial and regulatory reasons.

The basic premise by which digital pathology works is the same premise by which a human evaluates a slide. A pathologist visualizes a slide based upon their understanding of what a specific type of tissue such as a prostate should look like and then compares what they see to what they expect. For example, in the tissue they are observing they might determine that cellular distribution and nuclei size/shape are far different than they expect and thus the patient potentially has a prostate tumor.

What the human brain is doing is observing specific features (e.g. nuclei, cells) and then comparing specific properties of these features (e.g. distribution, size, uniformity) to their understanding of what they should expect to see. The process of utilizing digital pathology to evaluate a slide uses a very similar approach in which an algorithm first extracts key features of interest such as nuclei from a slide. The algorithm is developed to do this in much the same way that our mind determines that nuclei are in fact nuclei. For example, nuclei could be quantitatively defined as dark circular features less than 20 pixels in diameter within a slide. Through extensive testing, this algorithm is refined and can then be used with high accuracy to define all of the nuclei within a slide. Following this nuclei identification, nuclei features can be extracted from the slides such as distance between nuclei, size, shape, perimeter, area and distribution. For a single slide, algorithms can be developed to extract thousands of unique features.

The last step in applying digital pathology to address a specific research question is to leverage the immense amount of extracted features that can be pulled from a slide and turn them into an actionable insight. For example, your question might be where on a slide are the cancerous cells or which slides are showing normal, mild or severe fibrosis. The purpose of using digital pathology would be to have a computer automatically highlight the region of cancerous cells or give slides a quantitative ranking for their degree of fibrosis.

The way that this is accomplished is typically through the use of a data training set which is analogous to the experience that a pathologist has gained from spending years in school and reading books. The way that this training set is used will depend entirely on the classification approach used to interpret the data (e.g. machine learning, clustering) but essentially boils down to defining which features correlate with specific outcomes (e.g. high nuclei clustering = high degree of cancerous cells). Of course the specifics of digital pathology and image analysis are a bit more complicated than this, but the process can be broken down into identification, feature extraction and feature analysis.

At Visikol, through our 3Screen service offering we provide a full-suite of digital pathology solutions from scanning and digitizing your libraries of slides all the way to developing customized image analysis and reporting 21 CFR part 11 complaint software.

Reach out to us today to learn more. 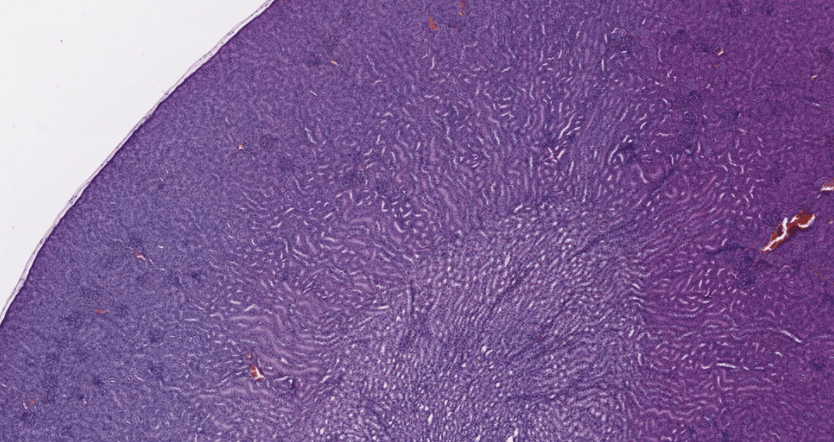