Our tissue imaging services have been engaged by a wide variety of clients in pharma and academia. While we specialize in 3D imaging for thick tissue specimens and whole mount preparations, we also offer labeling and imaging services on tissue sections, flat mounts, and thin tissue specimens. Described below are some representative applications of the types of projects we have been contracted to conduct on behalf of our clients.

Quantification of Activation of Astrocytes and Microglia in Brain Tissue

In an experimental examination of the response of astrocytes and microglia in rat brain tissue to traumatic insult, 1 mm sagittal sections of rat brain tissue were labeled for GFAP (glial fibrillary acidic protein, expression increased in reactive astrocytes) and Iba1 (microglia). Astrocytes were identified as activated if they showed a significant increase in GFAP labeling compared to control tissues, microglia were considered activated if they showed a significant increase in Iba1 labeling, and changes in morphology associated with microglia activation (e.g. bushy or ameboid morphology). 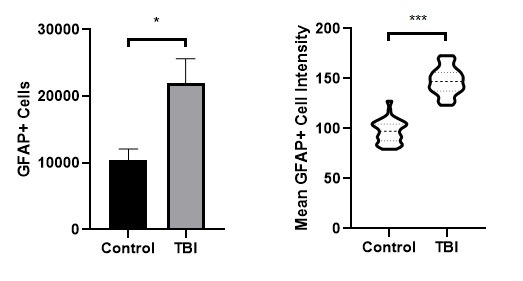 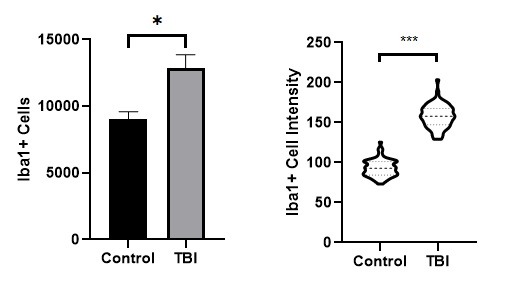 Investigation of the Spread of Zika Virus in Mouse Mammary Tissue

During the 2015-2016 Zika virus outbreak, there was an explosion of research to characterize the pathogenesis and transmission of the Zika virus. Due to the devastating effects of this virus on newborns, causing the induction of microcephaly, there is widespread public concern about Zika virus infection. This prompted widespread research efforts to better understand the disease.

Researchers at the Division of Inflammation Biology at La Jolla Institute for Allergy & Immunology collaborated with Visikol to publish a study examining mammary tissue and breast milk of Zika-infected mice for the presence of Zika virus. Utilizing tissue clearing and 3D confocal imaging, presence of the Zika virus was detected in intact mammary tissue. This work was recently published in PLOS Neglected Tropical Diseases.

With two recent high-profile failures of promising treatments to Alzheimer’s Disease (AD) in Phase III clinical trials (Bapineuzumab, Solanezumab) which targeted amyloid β plaques occurring in AD, there has been a revival of basic research toward new targets and pathologies relevant to the disease. Toward these efforts, there has been much interest in examining the roles of inflammation and the roles of blood vessel networks in contributing to AD. It is believed that changes in and damage to blood vessel networks in the brains of AD patients contribute to AD-related dementia. 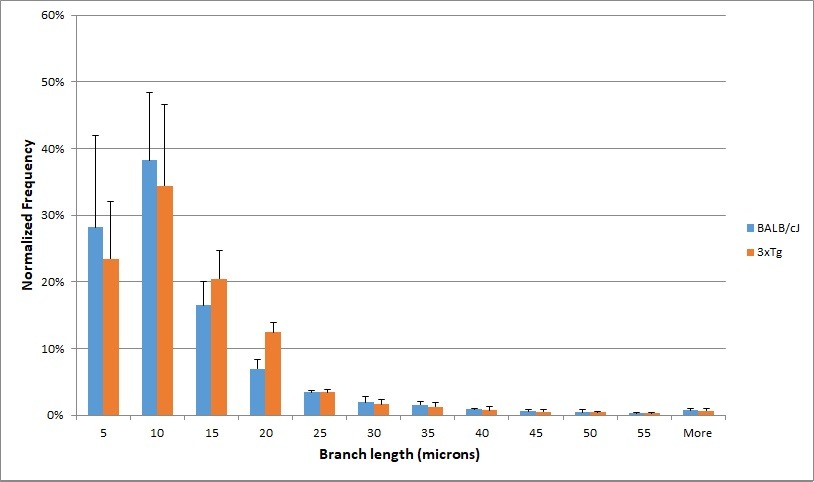 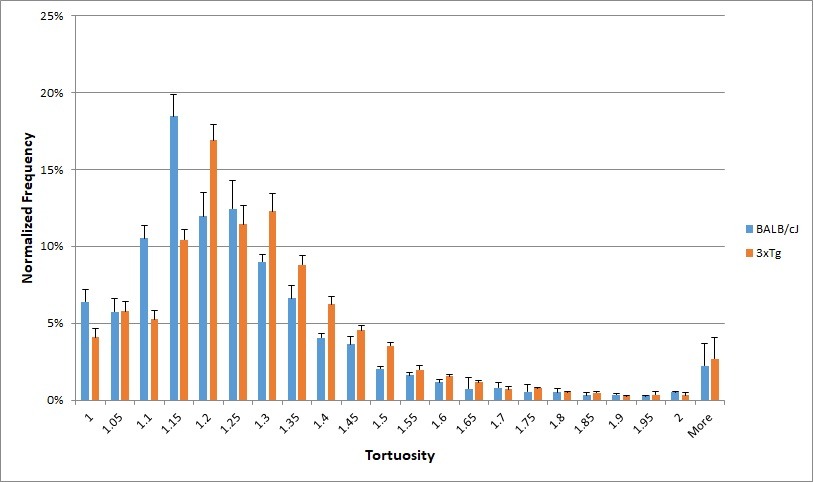 Figure 7. Histogram depicting distribution of tortuosity, defined as the ratio of branch length to distance between the endpoints, of blood vessels in mouse model brains

Discuss your project with our team of experts