In order to achieve 3D volume imaging, you need to use a confocal microscope, a light sheet microscope, or a single/multiphoton microscope. Refractive index mismatch is the main problem encountered when imaging cleared tissues. Visikol® HISTO™ cleared specimens have a refractive index of 1.51 or 1.53 (Visikol HISTO-1 or Visikol HISTO-2), very equivalent to glass.

How to get started

There are several major considerations to keep in mind when imaging your tissues in 3D to ensure that you achieve the best results while spending the least amount of time optimizing your protocol.

Confocal microscopy is an excellent tool for imaging thicker tissue specimens due to the nature of how a confocal microscope works. A confocal microscope uses a confocal lens setup in order to eliminate out-of-focus light from getting to the detector, resulting in “optical sections” that can be assembled digitally into volume images. There are many types of confocal microscope systems, both upright and inverted, with a variety of lasers, detectors, and objectives that may require specific considerations before imaging cleared tissues.

First, you should reach out to your imaging core manager and find out what type of light sheet microscope you have access to and what type of objectives it uses. Many light sheet microscopes such as the ZEISS Z.1 and the OpenSPIM will have water immersion objectives that are matched to a refractive index of 1.33. These objectives have two disadvantages for imaging tissues that have been cleared with Visikol HISTO-2: 1) The mismatch in refractive index between the objective and Visikol HISTO-2 (1.53) will limit imaging depth to approx. 3 mm due to spherical aberrations and overall sample thickness to 6 mm if you image from both sides, 2) The sample will need to be mounted in a cuvette that is placed within the imaging chamber.

The reason that the sample will need to be mounted in a separate cuvette is that the imaging chamber cannot be filled with Visikol HISTO-2 when using water immersion objectives as it is possible that the objective can be damaged by Visikol HISTO-2. Information on the preparation of samples cleared with solvent based techniques (Visikol HISTO-2, BABB, 3/i/uDISCO) for light sheet microscopy with water immersion objectives can be found here for the ZEISS Z.1. However, if you have a solvent compatible light sheet imaging system like the LaVision BioTec Ultramicroscope then you can image directly in Visikol HISTO-2. The LaVision BioTec Ultramicroscope has been designed to work with almost every clearing solution (1.33 to 1.56) and will not get damaged by solvents.

Important: If you image your samples with an air objective, the maximum depth obtainable is approximately 500-1,000 microns deep caused to attenuation of the signal due to refractive index mismatch. To image thicker specimens / whole organs, you must utilize glycerol immersion objectives (e.g. glycerol immersion lens, CLARITY optimized objective, see table below for specific objectives), a multi-immersion objective with a refractive index adjusting collar, or utilize a light sheet microscope (discussed below).

While air objectives are not ideal for visualizing whole organs, excellent results can and have been obtained for tissues up to 1-2 mm thick. This is accomplished by visualizing tissues 500-1000 µm thick and then flipping the tissue over, and repeating. One can compensate somewhat for attenuation of signal by adjusting the gain setting as the scan proceeds through the cleared tissue. There may be some spherical aberration as depth approaches the maximum, and this may result in “smearing” across the z-axis (this can easily be seen in xz or yz projections of image stacks in ImageJ by going to command Image>Stacks>Orthogonal Views).

Most air objectives have a working distance of several millimeters, and so the only limit to imaging is related to the attenuation of signal from aberration. A numerical aperture (NA) of less than 0.3 is not appropriate for volume imaging, as the depth of field at 500 nm wavelength light is >40 microns, which is insufficient z-resolution for volume imaging, since adjacent optical sections will bleed through to the focal plane with such a wide depth of field.

Mounting specimens for imaging with an air objective

There are several options for how to mount cleared samples with an air objective which essentially involve enclosing the specimen in a chamber filled with Visikol HISTO-2:

Oil immersion lenses work very well with Visikol HISTO cleared specimens, however the working distance on oil immersion lenses is typically 250 microns or less, which presents a 500 micron limit on the thickness of tissue to image.

Since some objectives may be corroded or damaged from immersion in Visikol HISTO-2, you should utilize the double chambered cuvette that comes in our Starter Kit. The cuvette allows the sample to be mounted in Visikol HISTO-2, and the immersion objective to be immersed in an alternate medium (water or glycerol).

Water immersion lenses allow for 2-3 mm depth of imaging, however some refractive index mismatch will still occur, since water has a refractive index (1.33) significantly different than Visikol HISTO-2 (1.53).

A further improvement in imaging depth can be obtained by using glycerol immersion objectives. Some refractive mismatch will still occur, however substantially less aberration will result due to the closer match in refractive index between glycerol (1.47) and Visikol HISTO-2 (1.53). Double chambered cuvettes should be used.

For optimum results when imaging very thick tissues (> 1 mm) or whole organs, one should use multi-immersion objectives containing a correction collar. However, a correction collar isn’t required for immersion objectives as long as proper optical design has been done to allow imaging over a range of RI. These objectives (shown in the table above) offer the deepest tissue imaging, allowing for imaging of complete, intact organ systems. The only limitation to depth with these objectives is the effective working distance, since a sample approximately twice the thickness of the working distance length can be imaged.

For mounting specimens for imaging, we suggest using ClearWells. The sample is placed in the well, covered with Visikol HISTO-2 and then a cover slip is placed on top of the slide. 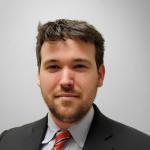