Figure 1. Images of single slice of Z-stack obtained from High Content Imaging of tumor spheroids treated with cisplatin. Data is quantified by automated image analysis to count total number of cells, and number of Ki67+ cells 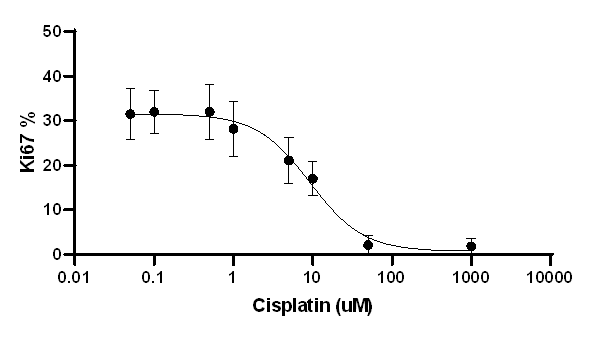 Figure 2. Representative data showing the observed Ki67% of NCI-H2170 tumor spheroids treated with various concentrations of cisplatin. The IC50 value was found to be 11.4 μM.

Figure 3. Representative data depicting a spatial dose response curve. With tissue clearing, the effect of cisplatin on cell proliferation as measured by Ki67% can broken down into various cell populations, here comparing the dose dependent response by position of the cells within the tumor spheroid. Dose response can be measured and compared between the outermost third of cells (blue) against the cells within the interior of the tumor spheroid (green, middle layer, and red, the innermost core of cells). This can be important when judging the effect of drugs that are meant to target the innermost hypoxic cells (e.g. Tirapazamine).