Breast cancer is one of the most commonly diagnosed cancers among American women, and while early detection and intervention have led to a reduction in the associated mortality rate over the past few decades, the development of targeted, patient-specific therapies promises greater success in treating the progressed disease. For example, estrogen receptor (ER), which is expressed by tumors in a subset of breast cancer patients, can facilitate expression of genes responsible for growth and proliferation of breast cancer cells, and thus is an attractive therapeutic target.

Given the rapid pace and growing expense of therapeutic development, high-content in vitro screening approaches are a promising approach for assaying target-specific effects of novel drug candidates. However, since cell–extracellular matrix (ECM) interactions, which are not represented in traditional 2-D cell culture models, are crucial to the expression of drug targets, the application of 2-D cell culture models is an ineffective means to screen targeted therapeutic compounds. Specifically, in the context of breast cancer, several investigations have reported a loss of ER expression throughout standard 2-D culture.

In order to explore the effect of 2-D versus 3-D culture on both ER expression and the consequential response of each culture model to a variety of ER-targeting and nontargeting therapeutics, the commercially available Cellaria Wood cell model (Cellaria Biosciences, Wakefield, MA) was implemented. Cells were cultured in either 2-D or 3-D formats, labeled with a viability indicator and antibodies against ER and Ki67 (to determine proliferation), cleared with Visikol HISTO-M (Whitehouse Station, NJ), and imaged via high-content confocal microscopy. Analysis of viability and proliferation suggested a difference in expression of ER in 2-D versus 3-D spheroid culture and, consequently, a difference in therapeutic response was observed. 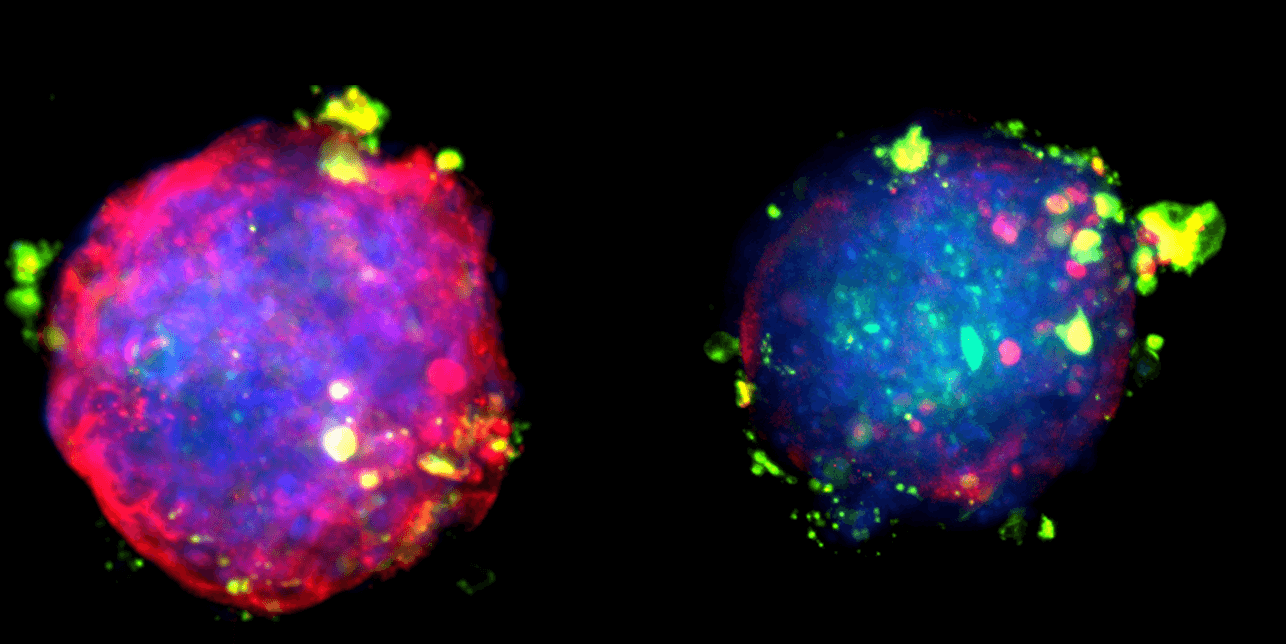