The Financial Paradox of Developing an Advanced Cell Culture Model

The Financial Paradox of Developing an Advanced Cell Culture Model 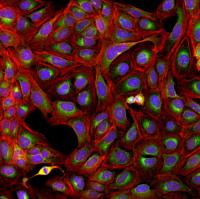 As a company focused on 3D cell culture models and assays, we see a lot of cool and exciting technologies in the advanced cell culture space that include organs on a chip, microfluidic devices, multi-cell type models as well as advanced cell culturing methods. In the last ten years, we have seen this field greatly expand with hundreds of publications and dozens of companies focused on generating advanced cell culture models. All of these models have the same general focus which is to bridge the translational gap between in vitro results and what happens in humans during clinical trials. Current in vitro models tend to be less predictive for efficacy, toxicity, PK and PD than desired and even animal in vivo models tend to poorly predict human outcomes. This gap results in poorly performing therapeutics making it too far along the drug discovery process and costing pharmaceutical and biotech companies huge sums of money. A lot has been written about what is required for a successful advanced cell culture model from a technical perspective, but little has been written about what is required from a financial perspective and the business model of developing these tools. This post is focused on diving deeper into this topic.

When developing advanced cell culture models, like many products, the commercial success is dependent on the fine balance between three variables: quality (i.e., in vivo relevancy), market size and R&D cost. If a researcher wants to build a really relevant tool to study a niche application, it will be very expensive to develop and while it may be very effective at addressing a specific research question, this market will tend to be small. An example would be a specific disease application, such as Schizophrenia, where developing and validating a neuronal in vitro model would require substantial basic research and a resulting model would likely only address a small subset of research questions related to the disease. Additionally, with such a model there is a high probability of R&D failure where no model is able to be developed, or one is developed that is of poor quality (i.e., poor translation, small assay window etc.) in addressing the desired research questions.

Conversely, if a researchers wants to build a general model for a large market, it can be less expensive to develop but because it has a low in vivo relevancy many researchers won’t see the business case to adopt it and replace their current methodologies. Researchers in this space tend to have decades of data with their current models and would like to stick with their current approach, which they understand very well, instead of quickly switching to one that might not be better. An example would be a general neuronal model with multiple cell types that demonstrates some in vivo functionality but is a minimalistic representation of in vivo biology. This creates a unique situation where more R&D spending tends to lower the market size and less R&D spending tends to increase the market size but reduces the desire to adopt the technology.

This situation creates a paradox where the overall revenue that can be derived from an advanced cell culture model tends to fall within a very narrow band even if a significant or minimal amount of money is spent on developing the model. From what we have seen in the field, this phenomenon caps the amount of revenue that can be generated from a single model typically in the range of $0.5-3M per year. This therefore puts a limit on the amount of R&D that can be spent on developing models, while still generating a return for investors and maintaining a financially viable company. While it is possible that a novel technology or platform technology (e.g., iPSCs, microfluidics) can have a far greater return on investment in this space and thus justify a larger R&D expenditure, the resulting models will each need their own additional R&D expense to develop/validate for each disease/research application.

Unfortunately for many companies within this space, they have spent far more resources on developing models than the resulting revenue from the model can sustain. Further, many researchers in this space have assumed that more complex is ‘better’ whereas this is not necessarily true and adopters of any new technology (especially in this space) require substantial validation before adopting a new model. In the coming months and years, the advanced cell culture space is likely to fracture and consolidate, as many of these companies encounter challenging financial conditions. However, the current generation of advanced cell culture models are the vanguard for this field and are intrinsically valuable, hopefully outliving their current owners. As this field continually develops, it will be the companies and researchers that are able to generate these models in a financially efficient manner that will survive and thrive and improve the in vitro translational gap. 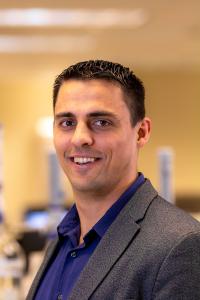