Interested to learn more about how Visikol is enabling cutting edge organoid research? In this publication, the Visikol HISTO-M approach was used by researchers at the Molecular Parasitology Lab at the University of Zurich in Switzerland to image cardiac organoid models in their entirety to better understand the complex process of cardiomyopathy. The Visikol HISTO-M technology enabled these researchers to image these models in 3D and to capture all of the spatial data that makes these models intrinsically more valuable than traditional 2D models.

Heart disease is one of the leading causes of death worldwide and cardiovascular therapeutics are a major focus area for many pharmaceutical and biotech companies. In order to effectively develop these therapeutics, in vitro models are required that are able to effectively recapitulate the complex physiology in the heart. These researchers have decided to use a three-dimensional cell culture approach instead of a two dimensional approach as these models have been shown to be an effective means to recapitulate in vivo physiology.

In order to develop their cell culture models, the biologists at the University of Zurich have used human induced pluripotent stem cells(hiPSC) which have the ability to retain the genotype of the human from which they were derived. Since cardiomyopathies vary from patient to patient, the disease becomes increasingly difficult to study and create an effective treatment or cure. Due to human induced pluripotent stem cell’s ability to retain a patient’s genotype their specific disorder can be studied closely to develop an effective treatment or create a pharmaceutical that can treat a variety of cardiomyopathies.

The researcher’s study was used as a proof of concept to demonstrate that cardiomyopathy could be effectively recapitulated using the human induced pluripotent stem cells in a 3D cell culture format. Visikol HISTO-M was used in the research project to render the three dimensional cell cultures transparent to allow for better image data from a Leica SP8 confocal microscopy system. 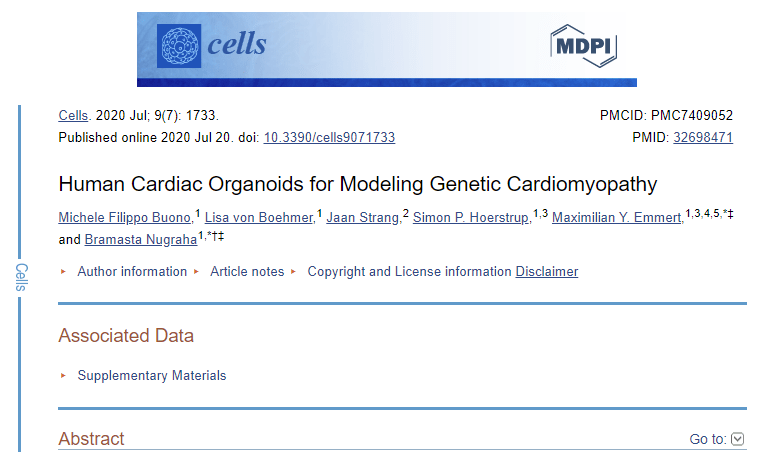