When we first started Visikol in 2016, the application of tissue clearing to improving clinical diagnostics was of course a huge interest and a way we felt that we could have a substantial impact on patient outcomes. The gold standard approach for many decades has been to characterize tissues such as cancer biopsies using ultra-thin two-dimensional slices that are visualized by a pathologist in a human driven workflow. We felt that of course an approach that could image tissues in 3D instead of 2D would be better, as would a computer vs a human in characterizing a tissue. However, 3D tissue imaging by way of tissue clearing and digital pathology in general have been slow to be adopted in the clinical space which begs the question of ‘Why?’

Why has adoption taken so long?

Everyone wants to blame pathologists for the slow adoption of digital pathology and advanced tissue imaging such as multiplex and/or 3D tissue imaging in the clinic. These are of course the folks working in the basement of a hospital with the microscope on their desk that are just too old-fashioned to adopt new technologies. The truth though is that these pathologists are not the saboteurs of these new technologies, and the real reason for this slow adoption is much more complicated than this.

What if I told you that digital pathology, machine learning, neural networks and slide scanning had already been launched in the clinic 30 years ago – would you believe me? This is in fact true, and if you want to read back to the early 1990’s, PAPNET was introduced to improve the detection of cervical cancer on pap smears. To quote their explanation of the technology PAPNET was “A system that employs automated image analyzer technology coupled to neural network computer technology to create a system that by itself can capture images of cells and cell groups and systematically analyze how far the images diverge from the normal state toward an abnormal one of dysplasia or neoplasia.”

This was an advanced approach for digital characterization that had aimed to replace the pathologist with a digital approach. Technologically, PAPNET was very successful and it can be argued that at the time PAPNET was in many ways better than traditional pathological characterization. However, you have likely never heard of PAPNET, and today pap smears and the majority of tissues in the clinic are still evaluated by a pathologist, so what happened? Most technologists and innovators tend to assume that newer technologies like PAPNET or the panoply of digital pathology companies today will be successful as an axiom because more data and newer technologies must be better than decades old approaches. However, in the clinical space what is most important is first what impact a technology has on clinical outcomes and second how much that technology costs.

For example, in the case of breast cancer we are able to better visualize micro-metastases, as well as isolated tumor cells, in sentinel lymph node biopsies using tissue clearing and 3D tissue imaging. However, this information actually has no impact on improving patient care, as the information would not change the current paradigm of care and what treatments that patient receives. This is because we know in the context of breast cancer that we need to have a specific disease burden in order to justify changing a treatment regimen and the improved sensitivity of 3D tissue imaging does not help in this regard compared to traditional approaches and is much more expensive.

The second limitation is in regard to cost, which is a point that many scientists tend to ignore as the exercise of putting a financial figure on life itself appears overly morbid and is frankly uncomfortable, as we tend to like to think that life could not possibly have a value associated with it. However, we live in a world with a finite amount of resources, and we, as a society, need to determine the financial impact of the healthcare decisions we make and allocate our finite resources appropriately. For example, we, as a society, would of course agree that a $1M lifesaving treatment for a toddler is worth it provided that they are able to then live a complete and productive life, but we would likely not agree that a treatment with a similar price for a cancer patient that provides them with an additional month to live would be financially worth it. This is, of course, not a fun thing to say out loud but is the tough decision that is left to healthcare leaders. As healthcare systems, we tend to value life in quality-adjusted life-years (QALYs) and depending on what country you live in these will have an associated cost, such as let’s say $100,000 per QALY.

In the case of PAPNET switching every single pap smear evaluation to this new approach adds $100M in cost and only saves a few hundred QALYs, we would agree that the technology does not have a sufficient ROI and that these additional costs could be better applied to other healthcare solutions.

Ultimately, the failure of PAPNET was due to both cost and clinical outcome issues as well as the traditional processes being moderately adapted to even further improve themselves. What can be learnt from this is that the adoption of these technologies is not at all a technological problem or a problem with saboteurs, but instead a market fit problem, whereas (wherein?) the technologies just simply don’t add value compared to traditional approaches. As a society where people use their iPhone 13’s instead of an iPhone 8, which is functionally the same thing, I think this reality is awfully tough to understand which is why we see so many companies go after this problem and so many of them be unsuccessful.

Where do advanced imaging and digital pathology technologies fit in?

Today, we largely see advanced tissue imaging tools and digital pathology tools being used in the preclinical space for basic research, translational research, biomarker discovery and a wide range of other research questions. In these applications, these technologies allow researchers to answer questions that they would otherwise not be able to answer and also to accelerate their drug discovery and development programs. In the future, we see these technologies being adopted into the clinic in two distinct areas- niche applications and clinical applications involving complex patient-specific treatments.

While the diagnosis of breast cancer SLNB’s might not be improved by the use of tissue clearing, what about melanoma where the threshold for lymph node positivity is far lower? In this niche application, it is possible that an advanced technology like 3D tissue imaging might add clinical outcome value, as the false negative rate is quite high with traditional approaches and not receiving appropriate care has significant negative outcomes as metastatic melanoma is such a virulent disease. At Visikol, over the last two years we have been working through an NIH funded project to evaluate this application and have so far shown great preliminary data evaluating this approach. Therefore, it is possible there are niche applications for where these technologies can fit in and add value but we must give credit to the traditional approaches and admit they are quite efficacious for most applications.

The second field in which they can add tremendous value is in the field of precision medicine and immuno-oncology, where we have a large number (potentially infinite) of treatment solutions for a patient and we need to know as much about the patient as possible and thus this information could only be gained from advanced imaging and image analysis modalities. This is a field that is rapidly growing and while we don’t yet have an immediate need for such diagnostics as the treatments are not quite there yet, this is a field that is rapidly growing and might in the near future require such a tissue visualization approach.

Since the inception of tissue clearing, Visikol has been on the forefront of the field and continues to be a leader in 3D tissue imaging, multiplex tissue imaging and digital pathology.  If you are interested in learning more about how digital pathology or advanced imaging can fit into your research, please reach out to Visikol and our team. 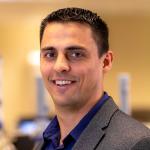