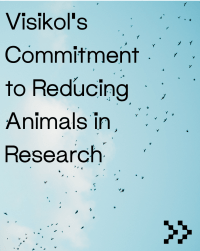 Like many of the BICO companies, Visikol is highly focused on reducing the usage of animals in research and providing researchers with more relevant in vitro models. While there is a clear ethical case that can be made for the reduction of animals in research, Visikol’s focus on this effort spans well beyond the ethical considerations of using animals and extends towards spurring a fundamental shift in the way that life sciences research is conducted.

When seeking to develop therapeutics, researchers embark on a decade long journey, starting with thousands upon thousands of different chemistries and over time reduce this focus down to a single candidate which is used throughout clinical studies. This process graphically looks like a large funnel, where researchers are seeking to reduce their focus to only the potential therapeutics that have ideal safety, efficacy, and DMPK characteristics through using ever more complex and expensive assays and models. In the current drug discovery and development paradigm, once finished running through the standard battery of in vitro studies, researchers start to use animal models of ever increasing complexity and similarity to humans until eventually moving into small scale early clinical studies with a single compound.

By the time therapeutics have entered clinical studies,  five plus years of research has been completed and expended a considerable amount of the entire drug discovery and development budget which now exceeds one billion dollars. The problem with this current paradigm is that at this point in the drug discovery pipeline, there is a still a 90% probability of failure whereas most compounds tend to fail after this point in time due to toxicity issues or other concerns. The rationale for this high failure probability is that the assays that come before this point in the drug discovery and development process simply don’t do a great job of predicting in vivo human outcomes. This however is not surprising as currently animal models are relied upon, which are of course not humans, and when leveraging human material such as primary human hepatocytes for toxicity studies, hepatocytes grown in 2D in a plate are not a human liver and do not perform as such.

Therefore, there is a huge need for assays and models which better predict in vivo outcomes which is predicated not only on the desire to remove animals from the process because of ethical concerns, but largely because they are not great models of human biology.

“Removing animals from the drug discovery and development process is one of those beautiful opportunities where Visikol can do what is right, while also providing substantial financial value and help to get therapeutics to patients in need more quickly,” described Visikol CEO Dr. Michael Johnson.

At Visikol, the company is focused on removing the need for animal studies through better recapitulating the in vivo human microenvironment in an inexpensive and high throughput in vitro format. For example, the company leverages its HUREL® Micro Liver Human Hepatocyte assays to better predict drug metabolism or its Blood Brain Barrer (BBB) Assays to quantify how therapeutics penetrate the BBB and change its permeability. While these assays and models do not recapitulate entire organ systems, they are able to answer very specific research questions in highly relevant models which Visikol hopes will one day reduce the need for their analogous animal studies. Further, Visikol is working with its partners to develop multiple organ system in vitro models which can provide even higher degrees of relevancy for addressing ever more complicated research questions.

One of the core tenants that separates Visikol from other companies in the space is its focus on balancing the cost, throughput and the in vivo relevancy of these assay systems while demonstrating true value add. “We take a very disciplined approach in developing new assays and models as a company and only generate more complex and sophisticated models if these enhancements truly provide value compared to existing models which we can prove in real world applications,” described Visikol CSO Dr. Tom Villani.

Over the next several years, Visikol plans to expand its model offering well beyond its current focus on liver and cancer and provide next generation cell culture models and assays which are truly capable of replacing animal models. “As we work to replace animals in testing, we are actively involved in engaging regulatory stake holders and key industry working groups to ensure the wider adoption of these models,” described Visikol CEO Dr. Michael Johnson. While Visikol recognizes that pathway to closing the translational gap within in vitro studies and removing animals from research will take time, the company is making great strides in moving in this direction.

If you’re interested in working with Visikol on your next project, please reach out today.