Over the past few decades, the popular scientific view of ribonucleases – aka RNases – has become much richer and more nuanced than it was in the recent past.  It has long been understood that RNases are important – important enough for every living thing to have their own suite of them – but it has taken a while for even experts to give RNases credit for being much more than simple destroyers of RNA. The diversity of form and function of these enzymes is only now coming into view, and researchers regularly take new steps in our understanding of how essential RNases are to the everyday activity of all organisms.

When thinking about RNA extraction in the lab, however, RNases still face the reputation they’ve had since the beginning-“RNases are the enemy. And they’re everywhere.”

There’s very little that’s more frustrating than completing an RNA extraction procedure, taking care to follow every step as precisely as possible, only to find that your final yield is many times lower than what was expected. Unfortunately, RNases lurk around every corner in the environment and are more than ready to chop up all that fresh RNA you’re exposing to the world. 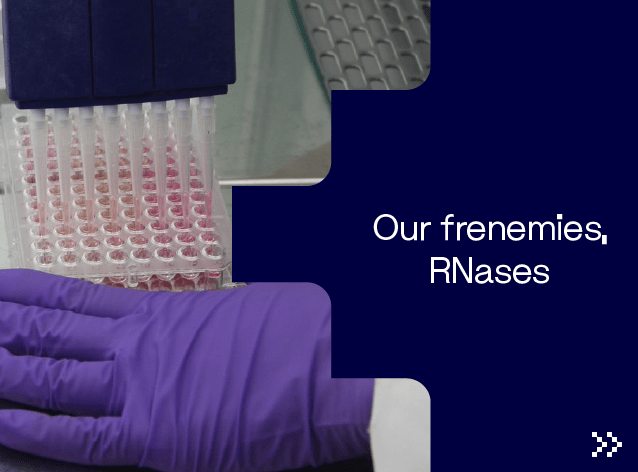 So, how should you control for this?

RNases truly are a category of enzyme whose horizons within our knowledge are constantly expanding.  The more we learn about the complex roles of RNA in many aspects of metabolism, the more we recognize the value of trimming that RNA in very specific ways.

If you’re interested in working with Visikol on your next project, please reach out today.