Here at Visikol, ImageJ is one of the many robust tools used for image analysis.  Some of the most powerful functions have keyboard shortcuts, which will save crucial time during your exploratory analysis. This blog post demonstrates  the implementation of some of these functions on the DAPI channel of a single spheroid slice.

When you first open an image, it may be extremely dim which makes it very difficult to see the features of interest. By quickly accessing the Brightness and Contrast function with the “SHIFT+C” keyboard shortcut, you can either adjust the contrast by moving the various sliders or use the Auto contrast option.  This function does not change the values in the image, but simply adjusts the dark and bright thresholds. Be sure to Auto contrast each channel of a multi-channel image as these settings will only apply to the channel that is currently being viewed on the graphical user interface (GUI).

Figure 1: DAPI signal on a center slice of a spheroid before (left) and after (right) auto adjusting the Brightness and Contrast (center).

Sometimes, you would like to test a function on an image before making a permanent change. Duplicating an image (Figure 2) is a great way to test functions and is easily accessible by using the “SHIFT+D” keyboard shortcut. 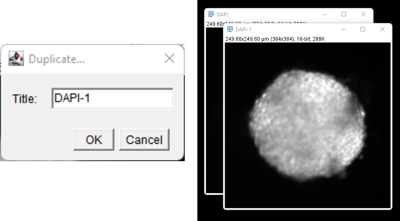 Figure 2: Duplicate windows with the option to rename (left) and the result (right).

To create a mask, you can access the Threshold function through the “SHIFT+T” keyboard shortcut. The Threshold window will pop up and is automatically defaulted to the lower and higher values between the background and foreground peaks. You can adjust these values with the top and bottom sliders, before pressing Apply to create a binary image.

Figure 3: Thresholding of the background in red (left) of the same DAPI channel of the spheroid slice. The defaulted values (center) are set based on the current histogram. By pressing apply, a binary image (right) is created.

Adding regions of interest (ROI) is easily done by simple pressing “T”! If you are adding your first region of interest, the ROI manager will pop up! Every time you press “T”, a new ROI will be added to the ROI manager that can be applied to any image! 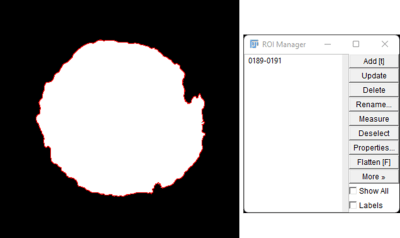 Figure 4:  The spheroid slice mask (left) with the ROI (outlined in red). The ROI is designated as
0189-0191 in the ROI manager (right), which includes options to delete, measure, rename, etc.

Plotting the intensity profile of a region of interest produces incredibly useful datasets for analysis. After creating a box or line, simply press ”K” and a plot of the average intensity in the y-direction will be displayed as a function of distance. If the image is calibrated, the x-axis will display in the same units. If you press “Live”, the intensity profile will change as you change the shape/position of the box or line.

Figure 5: A boxed region, outlined in red, across the spheroid (left) and the associated intensity profile (right) where the y-axis is the average vertical intensity and the x-axis the distance in microns.

These functions, and many others, are routinely utilized by Visikol’s in-house imageJ experts to create automated workflows and custom macros for clients.  If you have an application that requires analysis using imageJ, contact Visikol today!