In the last few years, the application of tissue clearing and molecular labeling approaches such as fluorescent proteins and fluorescent immunolabeling for 3D tissue imaging have dramatically increased as researchers seek to interrogate tissues in their entirety. However, one of the challenges with leveraging these powerful techniques is how to best image tissues that have been fluorescently labeled and rendered transparent with tissue clearing techniques such as CLARITY, Visikol® HISTO™, Scale, or 3DISCO. One of these tools is light sheet microscopy  which is a tool for imaging tissues that was originally developed over a hundred years ago in 1903 by Henry Siedentopf and Richard Zsigmondy. It was not until 1993, however, that light sheet microscope was paired with fluorescent labeling and then until after 2010 that it began to be paired with tissue clearing for 3D tissue imaging.

To image a thick piece of tissue, a light sheet microscope transforms a laser light source into an ultra-thin sheet of light that illuminates an ultra-thin sheet of clear and fluorescently labeled tissue that is in the same plane as the imaging objectives’ focal plane shown below. Therefore, the objective only captures the emission of fluorophores in the thin light sheet which enables pictures to be taken from different planes within the tissue. As the tissue is moved through this light sheet, a Z stack of images can be acquired from the entire depth of the tissue.

The resolution of light sheet imaging can be improved by using higher numerical aperture objectives. However, improving the resolution of imaging by a factor of 2 will result in 8X slower scans and 8X more info being acquired from tissues. For very small regions of interest and higher resolutions, we would suggest confocal microscopy instead. As you can see below, each type of microscope has specific use cases where it is best suited. 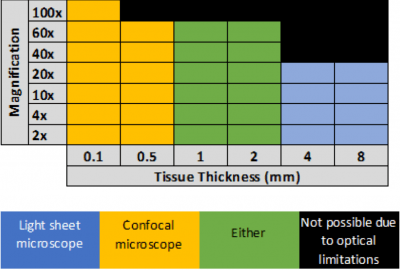 The commercially available light sheet microscopes include the Zeiss Z.1, LaVision BioTec Ultramicroscope, and Bruker Luxendo Light Sheet Microscope. Before purchasing, there are a few factors to take into consideration. First, check to see if the instrument is compatible with solvents as the easiest to use and most rapid tissue clearing reagents are solvents. The next factor when considering searching for light sheet microscopes is how often one will be using the device and what features are needed. Because of the high cost of the commercially available devices, researchers have developed DIY light sheet microscopes that can be built for as little as $500 and generate 3D renderings of fluorescently labeled clear tissues. 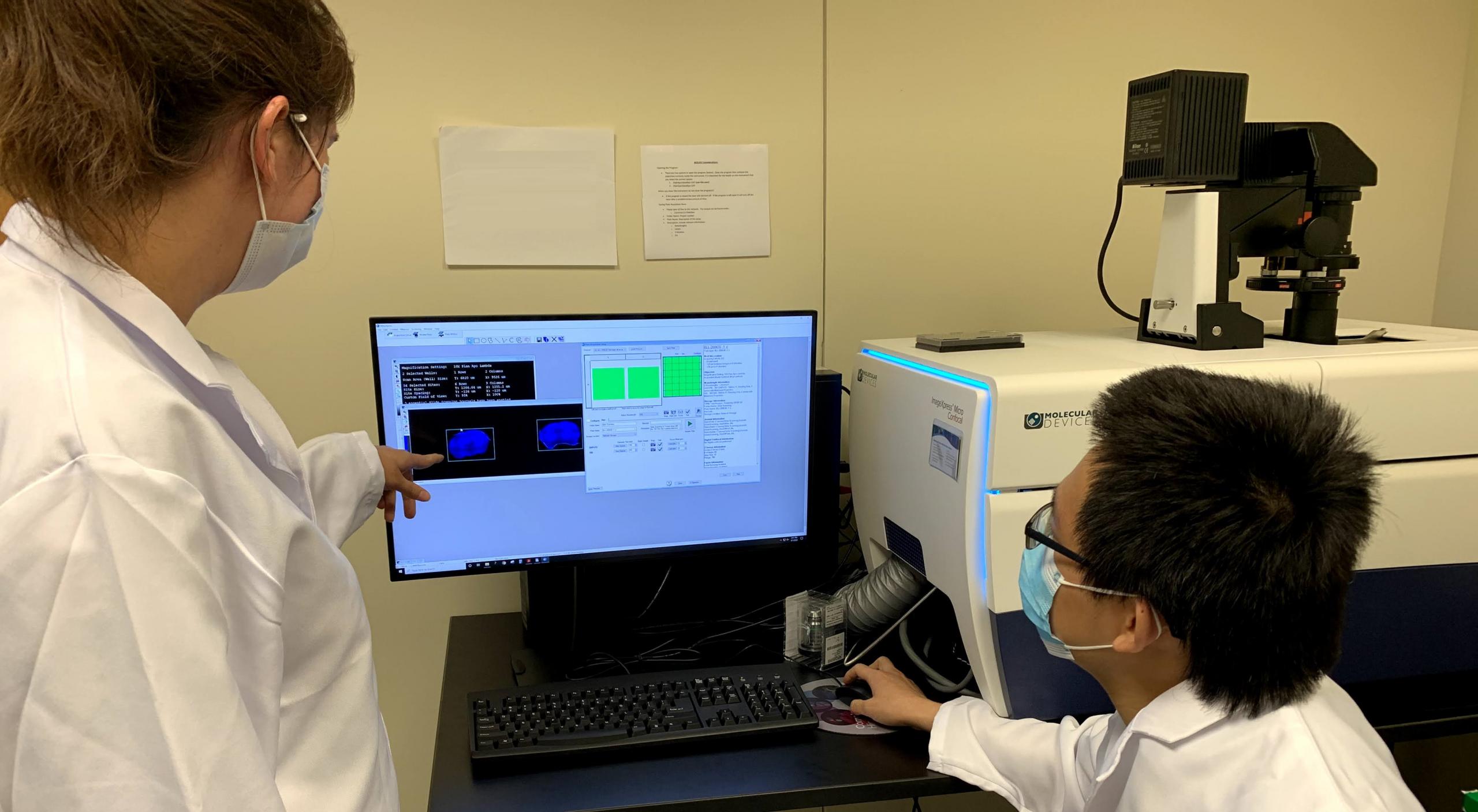