When to Use IMC Over Multiplex Fluorescence

When to Use IMC Over Multiplex Fluorescence 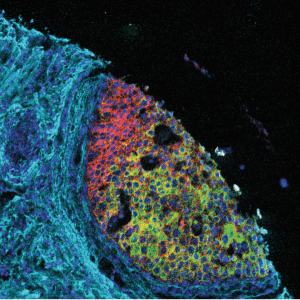 As a company that is tool agnostic, Visikol always work to provide clients with the solutions that best meet their research needs and recognize that no one tool is best for all research questions. Each research question has a unique set of criteria and requirements that necessitate a specific tool and for multiplex tissue imaging there are many different approaches which can be employed. A question we commonly receive is when to use Imaging Mass Cytometry (IMC) for multiplex imaging or when to use fluorescent based multiplex imaging. In this case, we will compare head-to-head IMC against our Visikol Multiplex Immunofluorescent (vmIF) approach which has been used in dozens of studies by the world’s leading pharmaceutical companies.

Because IMC relies upon the quantification of epitopes through the use of antibodies conjugated to metals and not fluorophores, there is minimal concern with background noise within the tissues that are imaged as these metals do not naturally occur. With fluorescence, we often see problems with imaging tissues that have low expression markers and/or high background fluorescence as the labeling tends to blend into the background which makes discerning this labeling impossible. High background fluorescence tends to be a problem with certain types of tissue as well as over fixed and old tissues. 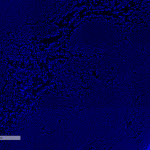 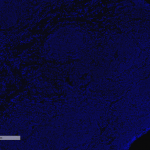 With fluorescent imaging we rely upon the Stokes Shift principle, where the absorption and emission spectra are separated from one another which allows for multiple wavelength imaging and multiple fluorophores per tissue. However, the emission and absorption spectra bands for each label are quite wide and well within multiplex fluorescent slides overlap with one another. This overlapping creates additional noise in the data which can make it challenging to identify low expression markers. Further, because the expression of markers on each slide is heterogenous, this means that two areas with the same expression of one marker can have varying degrees of fluorescent intensity due to the interaction of those markers and other unrelated markers. Because of the nature of IMC in that it does not use fluorophores, there is not cross talk between channels and thus we do not have to work about one marker effecting another on a slide.

Signal is Directly Correlated to the Amount of Epitopes

One of the main challenges with fluorescent slide scanning in general is that the overall amount of fluorescence on a slide cannot be used discreetly to quantify the amount of a specific epitope. One slide with higher fluorescence for a specific marker than another slide can actually have fewer associated epitopes based upon the principles described above. It is for this reason that the overall fluorescent intensity is seldom ever used for quantitative readouts in digital pathology. Instead, fluorescence is used for cell counts, spatial distribution and other more discrete readouts. With IMC, the amount of signal detected in each pixel is directly correlated to the amount of that metal within the pixel and thus the amount of the associated epitope. This means that IMC can be used for quantifying the amount of each specific epitope which is just simply not possible and not accurate with fluorescent imaging.

Because we do not have to worry about cross talk and overlapping fluorescent bands with IMC, we are able to achieve up to 38 markers on a single slide simultaneously. This means that multiple rounds of labeling and stripping or bleaching are not required and all of the markers can be evaluated at one time.

With fluorescent multiplex labeling, validating new panels of antibodies can be quite challenging as all of the factors discussed above (e.g., tissue fixation, cross-talk) create a lot of complexities which are further complicated by the fact that fluorescent multiplexing requires many processing and imaging iterations. For every new fluorescent panel, we need to confirm that the panel not only works on its own but in sequence with other panels for a specific tissue type. Further, many fluorescent multiplex approaches require proprietary reagents which makes using unique markers challenging.

With IMC a key disadvantage is that it takes approximately one hour to image a one millimeter square on a tissue at an effective resolution of 10X optical imaging. Depending on the slide scanner that is being used and the exposure time, a typical fluorescent slide scanner can scan a whole slide at 20X magnification in about an hour for one channel which generates about 400 times more data in the same period of time. However, with fluorescent slide scanning each channel is imaged individually which means that 10 channels will take 10 hours, whereas with IMC 38 channels and 1 channel take the same amount of time due to the fundamental principles of how the data is generated. Therefore, it is more accurate to say that fluorescent multiplexing generates about 10 times the amount of data per hour than IMC.

Magnification is Equivalent to 10X