Medical imaging has made remarkable leaps and bounds. In today’s world, doctors and scientists can generate rich images from a multitude of sources, such as confocal microscopes and MRI machines. With popular programs such as the open-source, powerful ImageJ editor, these images can be further enhanced and even be used to construct accurate three-dimensional models of the original sample. However, despite breakthroughs in virtual reality technology, these 3-D models and image stacks are still viewed in a two-dimensional context: through a monitor. The low usage of inexpensive VR solutions such as Google Cardboard can be attributed to the time and expertise normally required to create a VR compatible model or video clip. To allow for simple integration into VR technology, Visikol teamed up with Somerville High School student Joe Napoli to write a Stereoscopic 3D Projection plugin for ImageJ. 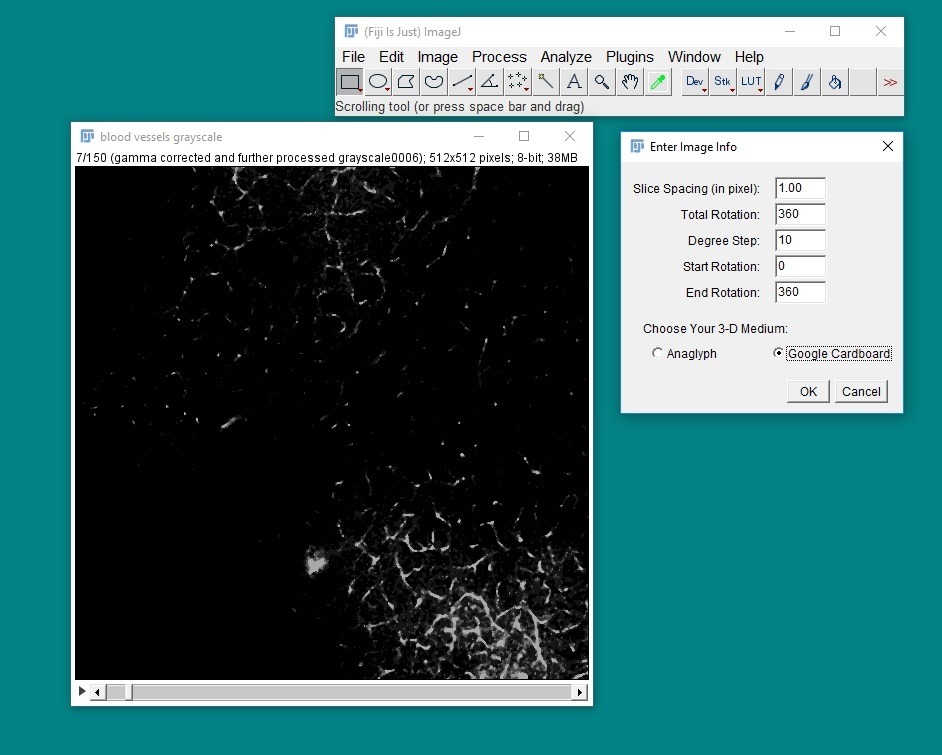 The Stereoscopic 3D Projection plugin’s source, along with screenshots of the plugin in action, can be found on GitHub. The source is also attached to the JAR, located on the plugin’s official ImageJ site. The Stereoscopic 3D Projection plugin can be installed through Fiji’s updater after adding http://sites.imagej.net/JoeNapoli/ to the list of update sites, or by downloading the JAR file and placing it into ImageJ’s plugins folder. 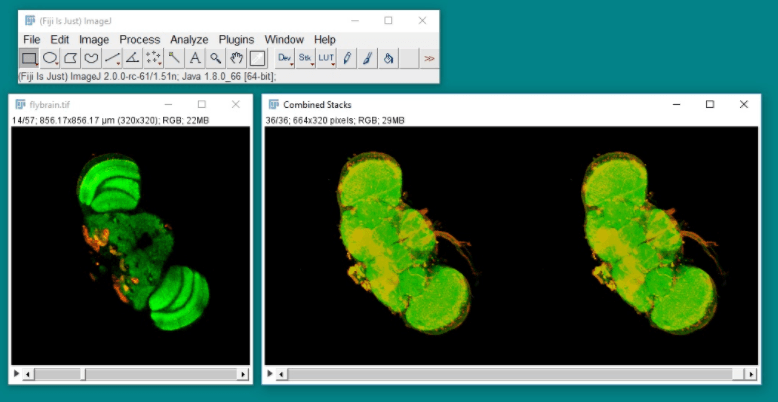