Hepatotoxicity (liver cell toxicity) is one of the major causes of drug attrition during clinical development and withdrawal post-marketing. Drug Induced Liver Injury (DILI), results in significant late-stage attrition for drugs of all types; 70% of marketed drugs are cleared through the liver making it the primary organ drug metabolism and pharmacokinetic (DMPK) scientists seek to model. These time consuming, costly drug withdrawals are often a result of insufficient toxicity predictivity of traditional in vitro and in vivo models. Toxicologists are tasked with making predictions regarding the in human toxicity of these drugs before human in vivo testing can occur. These preclinical developmental decisions are usually made based on multiple studies; a combination of in vivo animal studies and in vitro cell based assays, both of which provide imperfect results.

Currently, the most common cell-based, in vitro models to evaluate potential hepatotoxic liabilities include primary hepatocyte, HepG2, and HepaRG monoculture models; each model has its own limitations when evaluating hepatotoxicity and drug metabolism. Primary hepatocyte monoculture models experience loss of cytochrome P450 (CYPs) metabolic activity. The HepG2 cell line has low expression of CYP metabolic enzymes and nuclear receptors. The HepaRG cell line, a hepatocyte-like cell line, maintains a stable metabolic phenotype, however, does have limited genetic expression of pathway specific genes (CYP2E1 and glutathione transferase A1). Along with these specific metabolism related flaws, monoculture models all have short experimental windows due to rapid loss of metabolic activity, which is usually lost within 48 hours of drug incubation.

A novel method to predict hepatotoxicity is the HUREL micro liver co-culture primary hepatocyte model which was described in detail in a study published in the Journal of Toxicology and Applied Pharmacology performed by the HUREL Corporation in partnership with Sanofi and Chrysalis Pharma Partners. In this study, the HUREL cryopreserved primary rat, dog and human hepatocyte co-culture models were compared to the traditional monoculture models (newly extracted primary hepatocyte, HepG2, and HepaRG cells). The HUREL micro liver co-culture model is comprised of primary hepatocytes and a non-parenchymal stromal cell line. This co-culture model has been adopted to better predict xenobiotic clearance rate (CL), metabolic profile, and hepatotoxic liability early in the drug discovery process. Both the Hurel Corporation and Sanofi separately evaluated the ability of each monoculture and co-culture model to accurately predict hepatotoxicity in a series of drugs with known human hepatotoxicity profiles. The monoculture models were dosed once and evaluated after 24 hours due to relatively fast loss of metabolic activity. The HUREL co-culture models were dosed every 48 hours and evaluated at 24 hours, 7 days, and 14 days. Cell viability was assessed by quantification of ATP using Promega Cell Titer Glo®. The panel of 29 known drugs tested incorporated different known mechanisms of toxicity and hepatocytic clearance to evaluate each model’s ability to replicate mechanism specific hepatocytic effects.

This paper evaluated each monoculture and the HUREL co-culture models using two main metrics: Experimental TC50 values, the concentration that achieves the death of 50% of the cultured hepatocytes exposed to the compound; and known Cmax values, the human average maximum plasma concentration reported in the literature. Using these two metrics, the data are represented as a ratio of a compound’s TC50 value to its human average Cmax (TC50/Cmax ratio). A TC50/Cmax ratio score of 100 or below was defined to be a positive signal of hepatotoxicity (DILI). The TC50/Cmax ratio is a necessary metric for toxicity scientists to evaluate the potential hepatotoxicity of a drug as it considers toxic drug concentration and the maximum known drug concentration in a patient.

As a result of the HUREL micro liver co-culture model’s ability to maintain metabolic activity for extended periods of time, drugs that slowly induce toxic effects may be evaluated in vitro as never before. The co-cultures allow the necessary time for the hepatocytes to produce and accumulate metabolic biproducts (such as bile acids) in a sufficient quantity to produce a toxic outcome.

The HUREL micro liver models are now part of the Visikol portfolio of products and services and can be leveraged as part of Visikol’s best-in-class advanced in vitro assays.  . The patented HUREL micro livers are designed to elevate the metabolic competency, the enduring viability, and the dynamic cellular responsiveness of hepatocytes cultured in vitro. These qualities endow these HUREL micro liver models with an unrivaled degree of predictive sensitivity and human relevance. Reach out to Visikol today and speak with one of our experts to see how working with us can help your drug discovery pipeline. 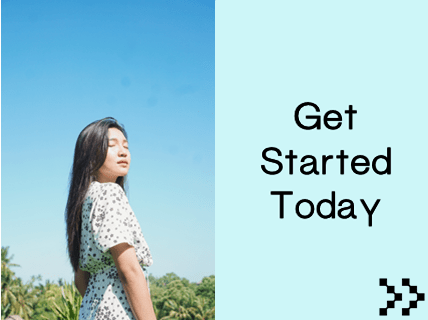