Any compound that is a part of the drug discovery process must be assessed for its suitability for delivery. There are many types of delivery mechanisms, with over 100 different routes of administration currently defined by the Food and Drug Administration (FDA)1 and of these, oral delivery is the most common2. Other common methods include alternative enteral routes, such as sublingual and rectal, parenteral routes like intravenous or subcutaneous injection or topical routes. Each method of delivery has pros and cons related to the type of drug, patient, dose, and timing.3

Intravenous delivery is the most direct type of delivery because it bypasses the body’s natural defenses by delivering the compound to the circulatory system directly. Since this method bypasses the digestive system and the skin, modifications which facilitate uptake or that allow for conversion into an active state by the intestine or liver are unnecessary, as the bioavailability of an intravenously administered drug is considered 100%.4 However, intravenous delivery isn’t perfect, as drugs delivered via this method can still run into issues such as an inability to cross to the brain as the blood-brain barrier is impermeable to most compounds. Additionally, this method requires skill to administer and is not suitable for all patients.3

While topical delivery is highly effective for certain compounds, this method typically requires that the condition being treated is a surface ailment (such as for the skin or eye), however this is not always true as patches such as the nicotine patches are able to delivery nicotine systemically using a topical method.4

The most complex method, oral delivery, is also the most common and convenient for the majority of patients.2 This mode of delivery requires a lot more forethought and evaluation of a compound, which has resulted in many different types of delivery platforms. The preferred oral delivery system is vial pills, but even pills have a fairly substantial variety. Some pills use an outer coating (capsule) that allows for the pill to make it through the stomach without substantial loss to the compound. Some are just the drug mixed with an inert filler that allows for the drug to be combined in such a way as to be formed into a pill. Liquid capsules allow for rapid release of the liquid drug mixture in the small intestine. Some pills are formulated so that they are able to release compound over the course of several hours, an example of this is 12–24-hour release decongestants and the list goes on. Small molecule drugs have had wide success in becoming oral medications, but other larger molecules such as antibodies or genetic material are more difficult to get through the digestive system and liver intact so these may require alternative methods of delivery or modifications to allow for use in an enteral route.2

The ability to evaluate compound suitability for various modes of administration is a very important part of the drug discovery process. Visikol services incorporate many human in vitro models which can be used to evaluate a drug’s absorption through various tissues, potential toxicity, and metabolism. These services use both models developed by their BICO sister company MatTek, as well as in-house models.

In terms of evaluating compounds to be used in topical applications, MatTek’s EpiDerm and EpiDermFT models allow for topical application and effects on cell viability or absorption or transfer. Similarly, MatTek’s EpiCorneal model can be used to assess the effect of a compound on corneal tissue to determine any possible negative effects of eye application. MatTek’s EpiIntestinal model is useful for evaluating the effects of first-pass metabolism, which any orally administered drug would be subject to. Visikol also offers services using several in-house models such as the Hurel 2D liver model, which can be used for liver metabolism and toxicity-based assays and a blood-brain barrier model, used to assess compound toxicity and permeability across the BBB. If you are interested in learning more about Visikol’s models and services or would like to learn more about how Visikol can help you move forward in drug discovery, please reach out! 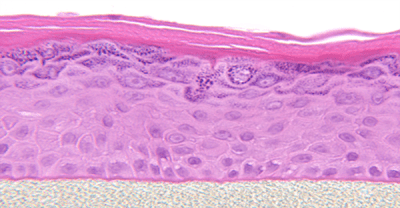 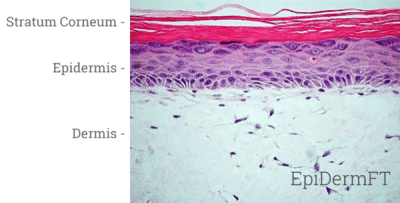