Implications of Using a Micro Liver Assay in Research

Implications of Using a Micro Liver Assay in Research 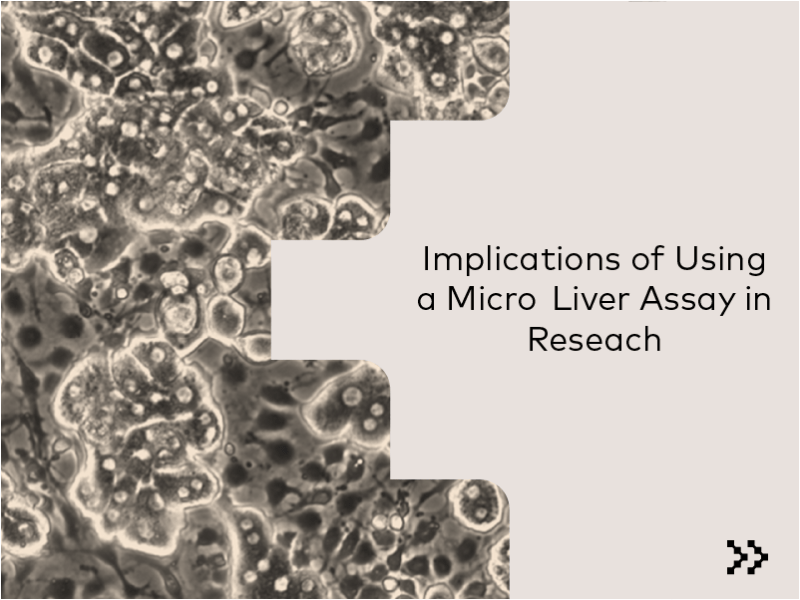 HUREL cells are micro liver coculture of liver cells consisting of 30,000 liver cells in each well of a 96-well plate. Using HUREL cells in in vitro experiments is advantageous because they can mimic the functions of the liver. This helps scientists to understand how it detoxifies chemicals, as well as understanding the IC50 value of drugs and the CYP enzyme functions.

One study conducted in Sweden by Drug Safety & Metabolism and AstraZeneca used the HUREL model to investigate ADME (adsorption, distribution, metabolism, excretion) as it provides ‘robust human hepatocytes’ that includes metabolizing enzymes and transporters that better reflect the functions of the liver. This helps to estimate the clearance value (CLint), which is the rate of which the liver metabolizes and clears the system of the compound.

Comparing HUREL coculture hepatocytes and stromal cells and cryopreserved hepatocytes, the HUREL coculture performed far well better than the cryopreserved hepatocytes because of their long incubation time of 72hrs and better reproducibility. This was evidently seen when metabolisms between CYP and UGT enzymes were evaluated. Within various sets, clearance and enzymatic functions were validated. For example, in Test Set 1, slowly metabolized drugs such as metoprolol, lorazepam, prazosin, furosemide were used. In Test Set 2, 7 compounds with higher in vivo human clearance such as imipramine, sildenafil, verapamil, naloxone, and others were used. In Test Set 3, a cocktail of drugs consisting of midazolam, diclofenac, phenacetin, bupropion and bufuralol was used to study specific activities of different P450 enzymes within the HUREL system. The compounds were incubated over the period of 7 days and the metabolites were analyzed using UPLC and MS.

The results came back in a consistent manner as each test set yielded in a similar clearance in vitro with HUREL coculture as in vivo clearance. Aside from the 4-fold lowered clearance value of imipramine and clozapine, the performance was very similar to those of an in vivo liver. The P450 activity in Test Set 3 was also in agreement as the CYP and UGT enzymes’ main functions are hydroxylation and dealkylations and the metabolites such as 1-OH-midazolam (CYP3A4), 4-OH-diclofenac (CYP2C9), 1-OH-bufuralol (CYP2D6), OH-bupropion (CYP2B6) had relatively similar formation rates shown consistently within 3 validations.

HUREL offers various types of liver cocultures to meet the needs of drug discovery and development. Being that liver is an essential organ to understand drug clearance and metabolism functions of various enzymes, it is beneficial to use a HUREL model as it mimics similar functions to those of an in vivo liver model. As HUREL is a part of Visikol, we not only offer liver cocultures, but also various services and assays fit for every experiment. To learn more about Visikol’s assays and various testing services, please reach out.