Over the last five years 3D cell cultures have begun to be readily adopted into the drug discovery pipeline due to their improved in vivo relevancy compared to traditional 2D monolayer in vitro models. However, though these models are becoming more commonly used in drug discovery studies, there is currently a major limitation in how they are analyzed as researchers are currently using methods originally developed for 2D analysis. The current paradigm for analyzing these models consists of one of the following techniques which have their own individual limitations: 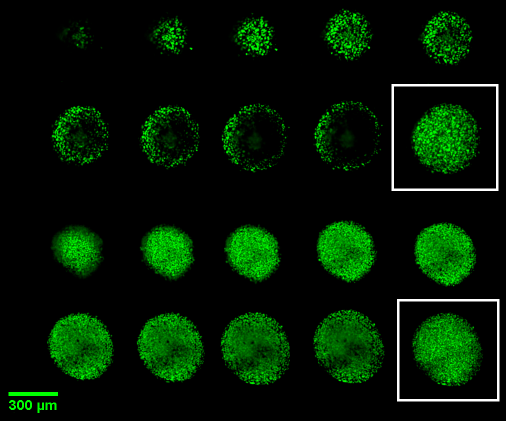 Figure 1. In this figure we show NCI-H2170 spheroids of 200 um diameter that have been cleared with Visikol HISTO-M (bottom 2 rows) and not cleared (top 2 rows). It can be seen in the optical Z projections in white boxes that because many researchers portray their data as Z projections that the current lack of complete characterization can be easily missed.

Figure 2. Visikol HISTO-M also has a substantial benefit for wide-field high content microscopy as tissue clearing allows for a 3-fold increase in cells characertized. An NCI-H2170 spheroid was labeled with SYTOX green and imaged (A) and then cleared with Visikol HISTO-M (B) and imaged. In the uncleared spheroid we were able to count 57 cells whereas we were able to count 151 cells in the cleared spheroid.

Figure 3. The application of tissue clearing was demonstrated to improve assay sensitivity as all of the cells in 3D models can be characertized instead of just the cells on the periphery.

We have demonstrated that conventional assays using confocal microscopy and wide field microscopy have a tendency to bias results by only characterizing the outside of these models and that this effect is substantial. This effect can dramatically alter results for compounds or biologics that have a tendency to only target the periphery of these models as current assays could signficiantly overstate the efficacy of a compound as only the periphery is being characterized. 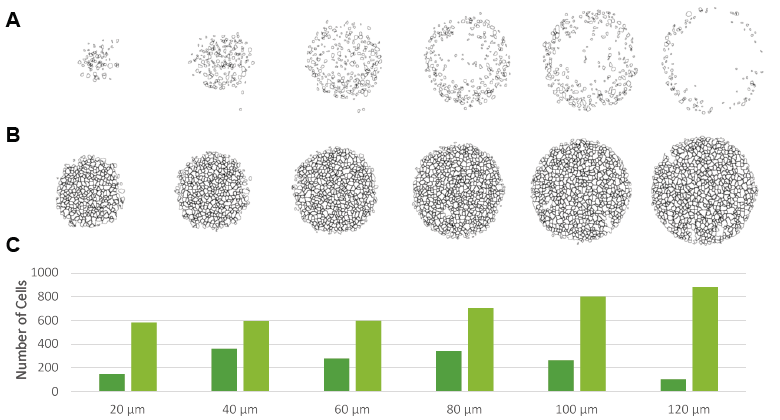 How can you improve your 3D cell culture assays

We currently sell our Visikol HISTO-M reagent through our online store along with the buffers and reagents required to immunolabel tissues uniformly. However, if you do not have access to a high content confocal imager or have the bandwidth to work on implementation, we run a full service lab where we can run 3D cell culture assays for clients. Check out our services page for more information.