Using the Corning 3D PHH spheroid models in a 100 compound screen, it was shown that the 3D PHH spheroids with repeated dosing were more sensitive than 2D monolayer culture of the same donor lot of PHH in detecting compounds within DILI categories 1 to 3 (severe, high clinical DILI concern and low clinical DILI concern) when using an MOS threshold at 50 times Cmax, i.e. MOS 50. In many cases, 2D monolayer cultures failed to detect liver toxicity of these tested DILI compounds. For DILI categories 4 and 5, however, we observed increased false positive by PHH spheroids in comparison to the 2D monolayer cultures as more MOS values for 3D spheroids fell below the MOS 50 threshold. As shown in Table 1, the choice of MOS threshold impact both sensitivity and specificity of the toxicity assays as more stringent criteria of MOS 10 and 30 reduced the false positive calls observed in 3D toxicity test while the specificity calls are still better than that of 2D assays.  Compared to 2D monolayer cultures, 3D PHH spheroids are 2-3 times more sensitive (i.e. sensitivity of 61% for 3D PHH spheroids vs 26% for 2D PHH monolayer) in detecting hepatotoxicity induced by DILI categories 1-3 compounds. A recent report by Proctor et al also showed a similar improvement in assay sensitivity for 3D vs 2D PHH culture. 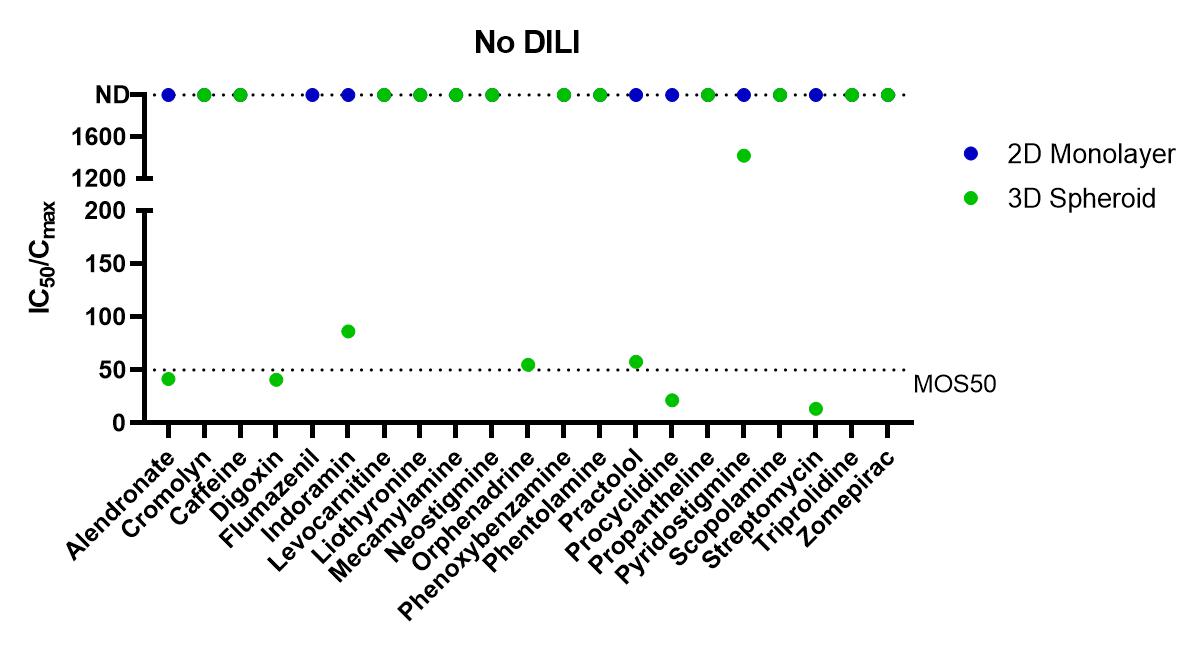 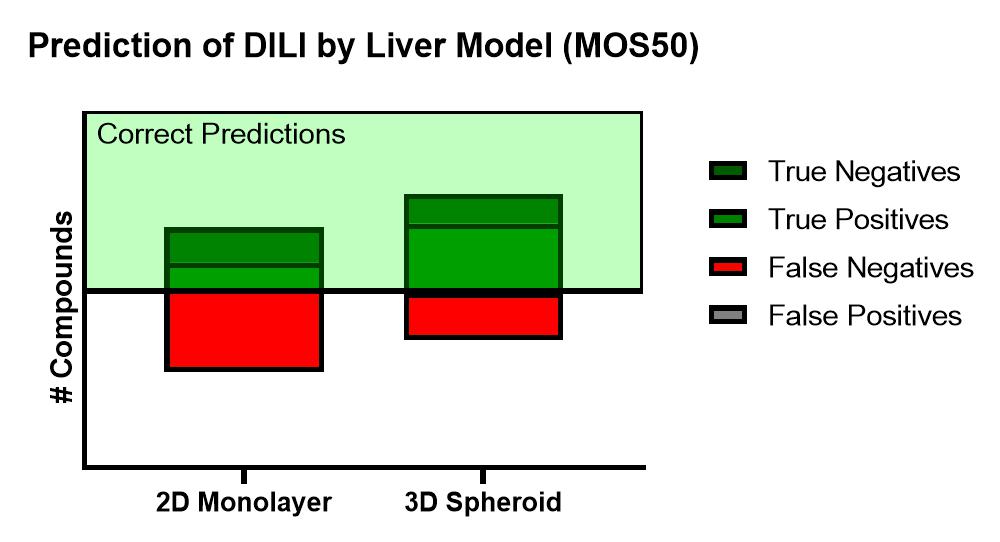 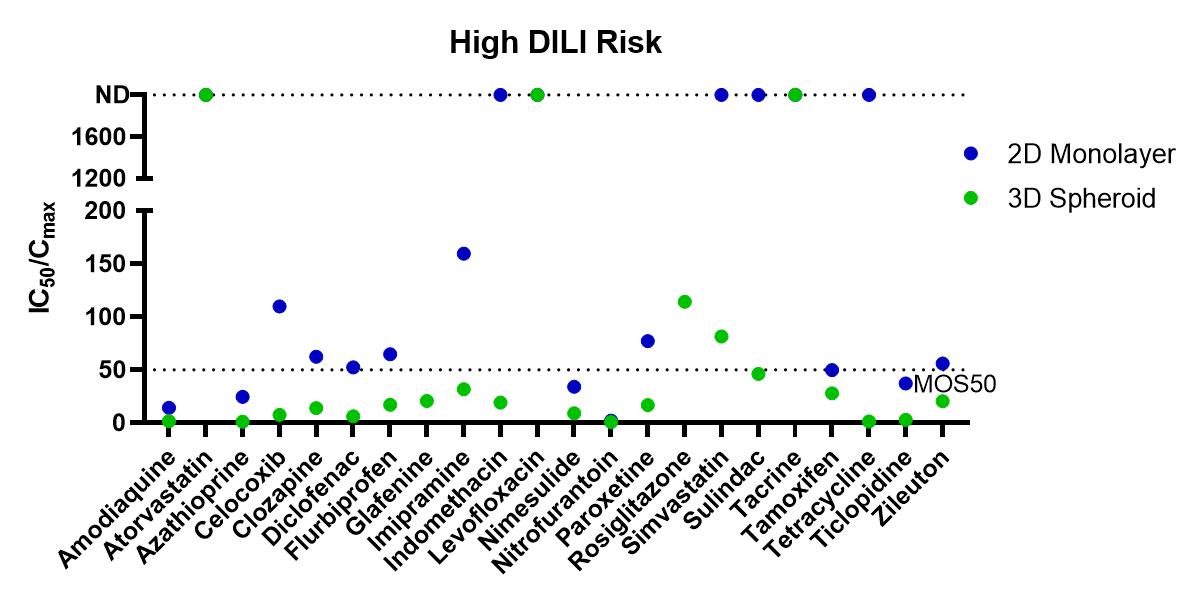 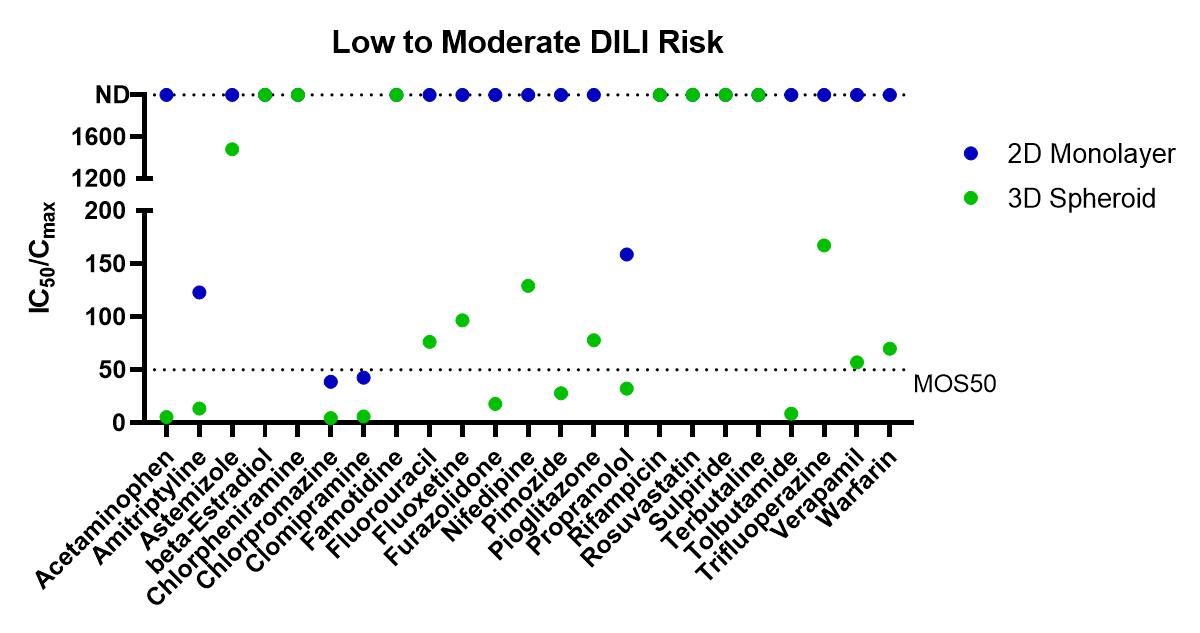 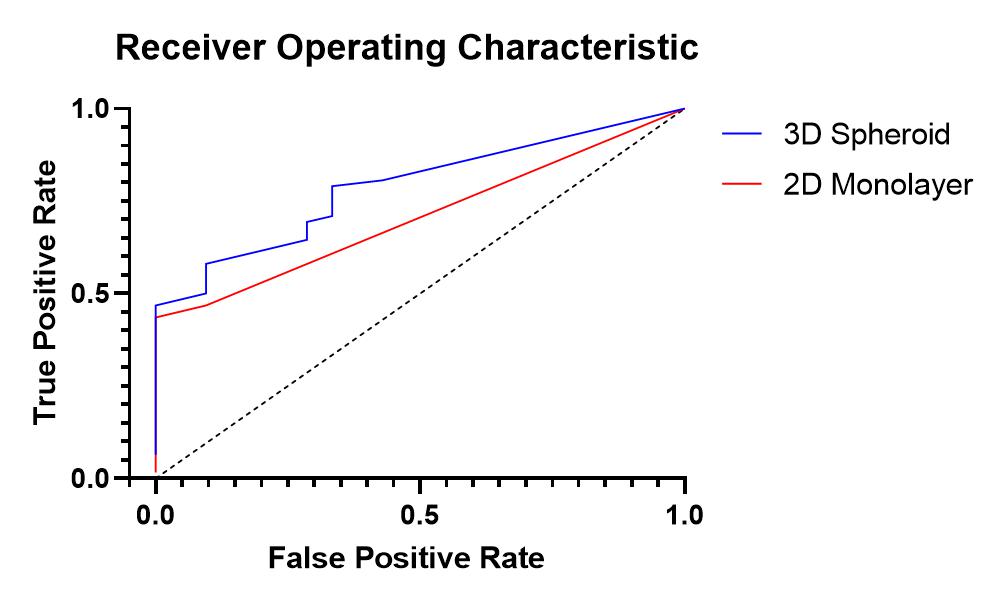 Figure 1. Summary of Margin of Safety (MOS, i.e. the ratio of IC50 and Cmax) values from in vitro toxicity tests. The dotted line indicates MOS at 50, one of the thresholds used to score the positive or negative detection of liver toxicity for each tested compound. From left to right are separate graphs for compounds within each DILI category 1, 2 and 3. Control compounds within DILI categories 4 and 5 are graphed together. For compounds with no detection (ND) of toxicity within the tested concentration ranges, IC50/Cmax ratio were plotted on top of the graph at 2000.