Immunohistochemistry has been routinely used to study the cellular and sub-cellular distribution of proteins; however, traditional staining methods are limited to localizing one or two proteins in samples. This limitation primarily arises from the fact that most commercially available antibodies are either raised in mouse or rabbit, limiting the detection of multiple biomarkers in the same sample. With the recent advances in the field of tumor immunology and cancer immunotherapy, there is a growing need to develop multiplex imaging methods that can simultaneously label multiple tumor and immune cell biomarkers providing users valuable information about the complex tumor microenvironment. In the recent years, several fluorescent based multiplex imaging techniques have been developed. The focus here are on three main ones:

This technique involves a low plex staining and imaging of tissue sample with fluorescently conjugated primary antibodies. This is followed by bleaching the fluorescent signal and labelling the sample with the next set of fluorescently conjugated antibodies. This cycle can be repeated several time and studies show that the process has been successfully repeated at least 15 times without any damage to tissue morphology or loss of antigenicity.

In this approach, tissue samples are incubated with antibodies conjugated to DNA containing a unique 5’ overhang sequence. In a PCR like approach, cells are exposed to a nucleotide mix that contains one of two non-fluorescent “index” nucleotides (A and G) and two fluorescent labeling nucleotides (U and C). The index nucleotides fill in the first index position across all antibodies bound to the cells. The technology is designed in such a way that only the first two antibodies are capable of being labeled with one of the two fluorescent nucleotides only if the index nucleotide was previously incorporated. Those two antibodies are then imaged by standard fluorescence microscopy and the fluorophores are cleaved by TCEP mediated stripping, washed away, and the sample is ready for the next cycle where a different indexing nucleotide is used.

This technique involves conventional IHC-HRP based protocol, but instead of using DAB as the substrate, Tyramide labelled fluorophores are used as a substrate. Once the HRP reaction is initiated in the presence of hydrogen peroxide, the tyramide labelled fluorophore gets covalently linked to tyrosine residues in the vicinity of the primary-secondary antibody complex. Using this approach several groups have sequentially labelled samples with up to 8 biomarkers. This approach however requires the use of spectrally distinct fluorophores and special spectral scanners.

Visikol also recently added imaging mass cytometry to its portfolio of imaging services wherein it can now use this modality in addition to conventional fluorescent multiplexing approaches. IMC provides researchers with the ability to simultaneously image over 30 markers from a single slide and to detect low expressing epitopes with metal conjugated antibodies.

As a leader in the field of cell and tissue imaging, Visikol recognizes the importance of multiplex imaging in the generation of valuable information which otherwise cannot be gathered by non-imaging approaches. We also realize that the generation of meaningful quantitative data requires a collaborative effort between cell and computational biologists. We at Visikol have both of these expertises on our team and endeavor to offer our Clients imaging services to achieve their goals in understanding the complex tumor milieu. 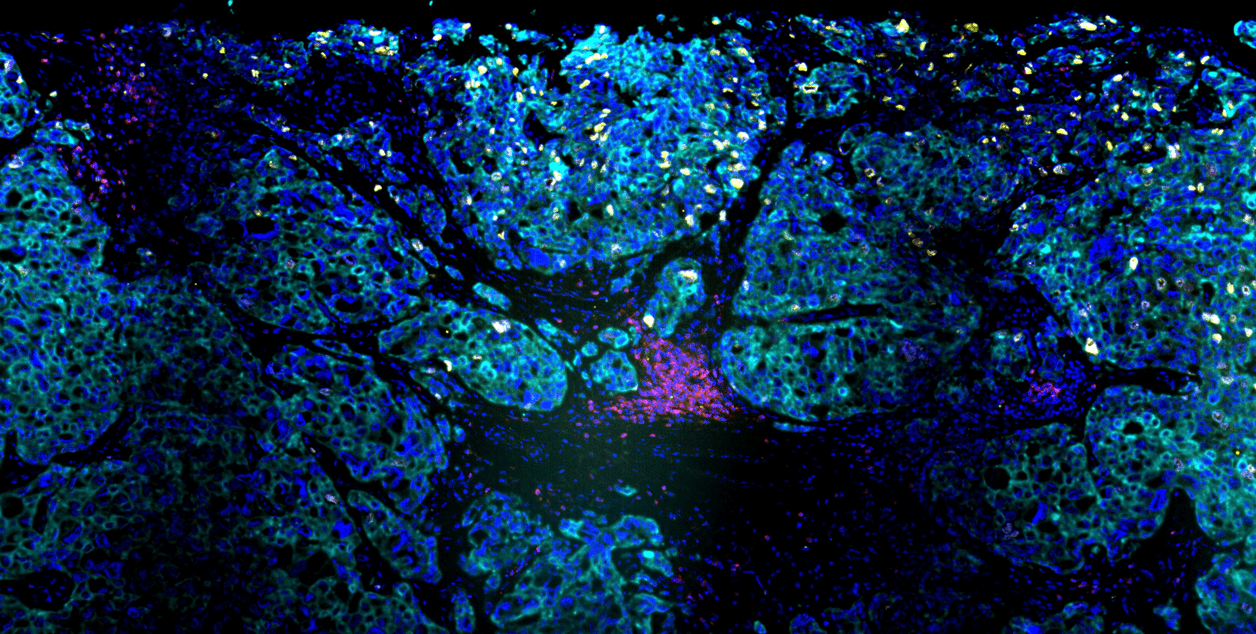