In histology, staining is the method used to identify regions, counts or other structural features of a cell. Nuclear stains are used for the staining of the nuclei and they work by reacting with negatively charged components such as nucleic acids in the nucleus. A frequently used nuclear stain, hematoxylin, comes from a logwood tree, scientifically known as the Haematoxylum campechianum. The logwood tree is a tall crooked growing tree that is native to Central America and has been scientifically cultivated in Jamaica since the early 1700s. At Visikol, hematoxylin is a crucial component of one of the most widely used histological stains, Hematoxylin and Eosin (H&E).

Hematoxylin alone is not considered to be the dye; the oxidization of hematoxylin produces the weak anionic dye called hematein. The oxidization process, also known as “ripening,” can be achieved by exposing the solution to atmospheric solution or by using oxidizing agents. There are several different aluminum hematoxylin formulas:

At Visikol, the frequently used hematoxylin is Gill’s hematoxylin. Gill is widely accepted due to the three different strengths that are used in histology and cytology. Gill 1, the weakest strength stain is better used in cytology. Gill 2, the medium strength stain is often used for histology and cytology. Gill 3 is primarily used for staining tissues and triple the strength of Gill 1. Gill hematoxylin consists of ingredients such as: distilled water, ethylene glycol, hematoxylin (anhydrous), sodium iodate, aluminum sulfate, and glacial acetic acid. Gill has great qualities such as a longer shelf life, greater control over quality and reproducibility, and overstaining is unlikely. Another benefit is whether laboratories prefer progressive (more consistent results) or regressive staining. If laboratories prefer regressive staining it is more likely for overstaining to occur so a differentiation process must be in place so the excess hematoxylin can be properly removed. At Visikol, we prefer the regressive staining of Gill’s hematoxylin as it allows our histology team to get satisfactory intensity between different types of tissues and thicknesses. Visikol works closely with clients to help them meet their drug discovery goals, reach out to us today if you have any questions or would like to chat with our team! 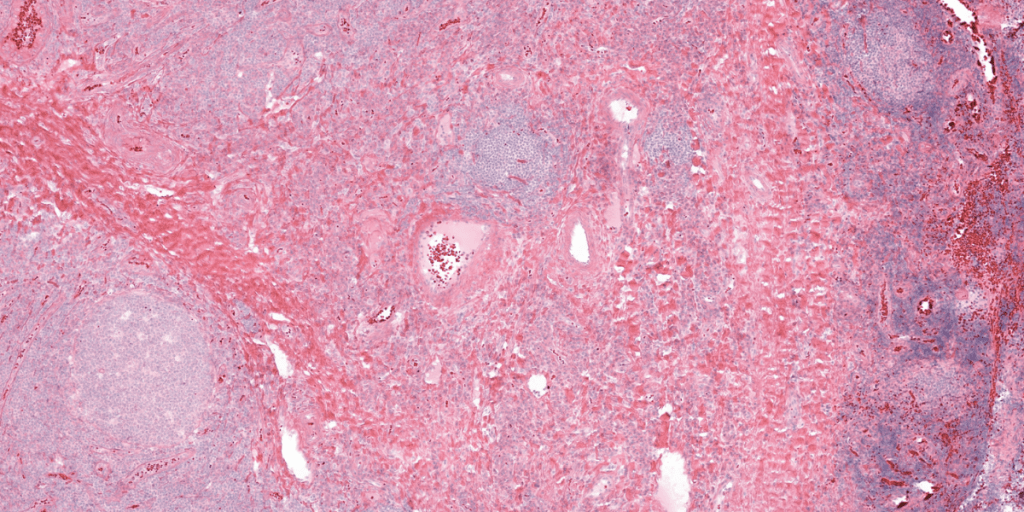