Dr. Benedict Law’s lab is developing nanomaterials for the more efficient delivery of chemotherapy to cancerous tumors in the brain.

One of the deadliest pediatric brain cancer tumors

Diffuse intrinsic pontine gliomas (DIPG) are inoperable brain tumors located in the pons, a region of the brain stem that regulates critical functions like respiration, chewing and swallowing. And every year, approximately 150 to 300 children, largely under the age of 10, are diagnosed with DIPG tumors in the United States. Unfortunately, DIPG’s aggressiveness means that the median survival is less than a year after diagnosis, and what limited treatment options are available extend survival for less than 10% of patients and by just a few years.

3D imaging of fluorescently labeled nanomaterials in the brain

Dr. Benedict Law, an associate professor of pharmacology in the Radiology Department at the Weill Cornell Medical College, is developing nanomaterials to more efficiently deliver oncology drugs to the brain, eliminate cancerous tumors and, ultimately, improve the survival rate of patients with DIPG tumors among other brain cancers.

“Recently, people have been trying to directly inject chemotherapeutic agents into the brain, but one of the problems with this is that the drugs can be washed out very quickly and don’t have good distribution [throughout the brain],” says Dr. Law. “We developed nanomaterials to improve the distribution as well as the retention of the drugs in the brain.” His team used convection enhanced delivery, a technique in which nanoparticles are injected directly into the brain and distributed throughout the interstitial space. The approach they developed allows for weeks-long retention of the drug in the brain and wider distribution for more effective treatment.

Integral to the work of Dr. Law’s lab was the 3D tissue imaging and analysis expertise provided by Visikol, a member of the CELLINK group that specializes in drug discovery solutions. With Dr. Law’s team specifically, Visikol used light-sheet microscopy to help the researchers visualize the distribution of the nanoparticles within the brain in 3D. The murine brain samples treated with the novel nanoparticle-chemo approach underwent tissue clearing and fluorescent labeling before going to Visikol for tissue slicing, imaging and analysis. The resulting 3D image sets were then used to reconstruct 3D models of the brains (as shown in the video).

“Light-sheet microscopy is very challenging in terms of the time-consuming preparation of the organs, the clearing protocol and also the mass of data we receive,” says Dr. Law, who argues that Visikol perfectly complemented the existing light-sheet microscopy protocols he had established with his collaborator Dr. Adam K. Glaser of the University of Washington. Dr. Law also adds that Visikol ensured the images would be suitable for his needs by providing low-resolution test images before proceeding with the full process. Beyond its expertise, range of services offered and competitive pricing, Visikol was a logical choice for his lab, according to the associate professor, because “the [level of] service made a huge difference.”

To date, Dr. Law’s research has tested this nanoparticle delivery method on healthy murine brains, but he is looking to produce brain models with tumors to further study the biodistribution and tumor coverage. He intends to work with Visikol again to add complexity to his models and more color channels to images. Coupled with rapid advances in drug development for treating brain tumors, Dr. Law’s nanoparticle delivery of chemotherapies promises a brighter future for the long-term survival of pediatric patients with aggressive, inoperable brain tumors. 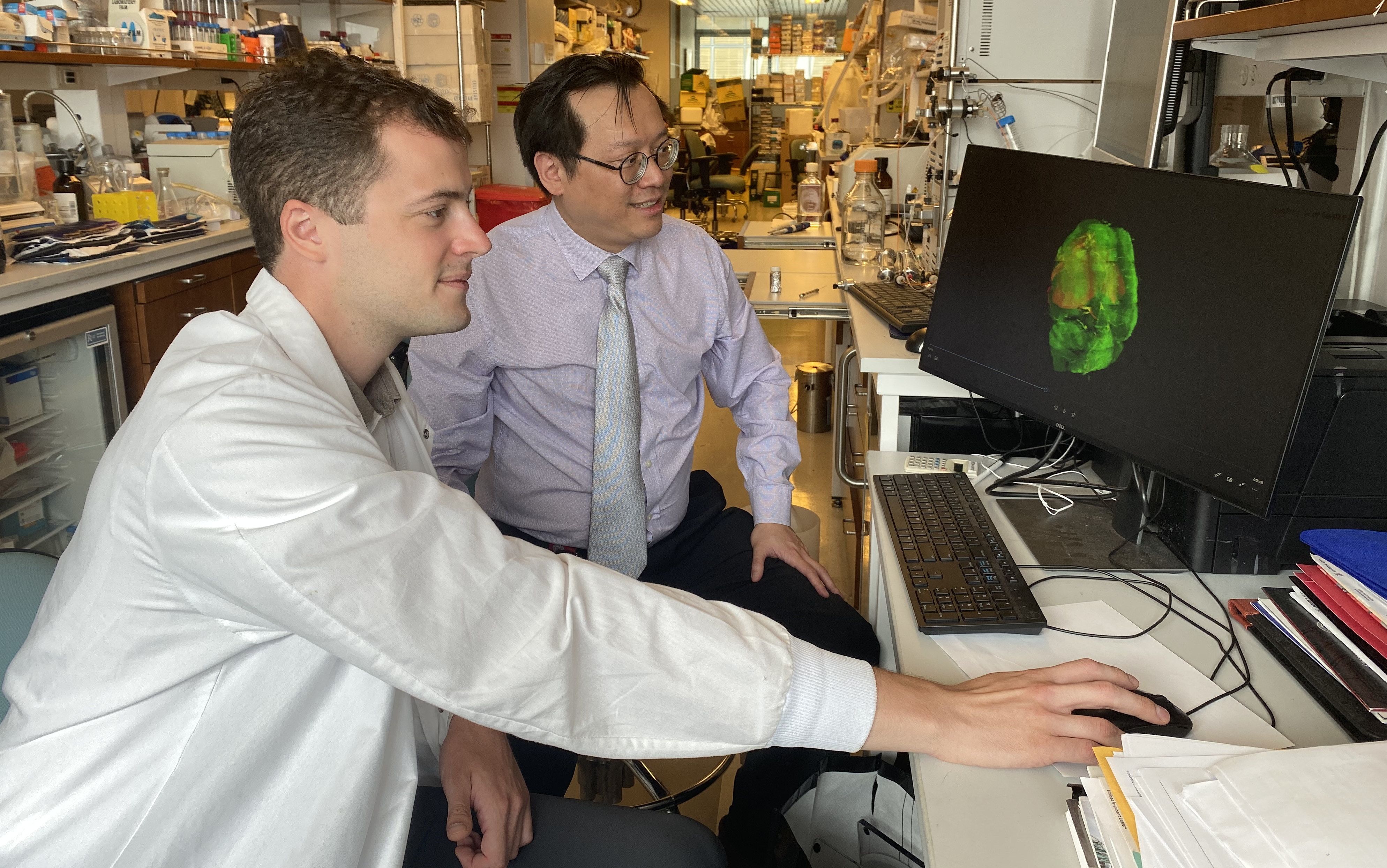