At Visikol, we understand that designing in vitro models for drug discovery and development requires careful optimization of throughput, cost, and in vivo relevancy. Particularly in the liver model space, consensus over which models are most appropriate for evaluating different types of liver toxicity is lacking. Therefore, in order to provide the transparency required to foster collaboration and generate this needed consensus, Visikol has and always will take an open source approach to cell culture model generation. In the liver model space, this approach is manifested in the OpenLiver™ platform, featuring, among other models, the HepaRG™ NP 3D model, which combines HepaRG™ cells with nonparenchymal cells for an affordable yet highly reproducible and robust liver model.

We understand that many pharmaceutical Clients performing toxicity assays do not want to be reliant on proprietary third party models. Therefore, as part of the OpenLiver initiative, Visikol will provide all researchers with the protocols, guidance, tutorials, sourcing guidelines and validation criteria to enable internal reproduction of these models internally if needed. Researchers can either use the Visikol protocols to generate their own models or work with Visikol on a service project that leverages these models.

The HepaRG™ NP 3D liver models feature liver cell subtypes in proportions found in the native human liver. These include hepatocytes, hepatic biliary cells, liver endothelial cells, Kuppfer cells, and stellate cells, which are relevant not only to normal physiologic liver function but also to the progression of liver injury and disease.

The HepaRG™ NP 3D liver models feature a number of other features relevant to normal liver functionality and to the progression of liver disease and toxicity. These include glycogen storage, hepatobiliary transporter expression, and drug metabolizing enzyme expression and inducibility among other features.

Evaluating liver toxicity is crucial to many drug discovery and development initiatives, and the ability to do so in vitro can increase throughput and thus reduce the costs and risks associated with bringing a new drug to market. The OpenLiver™ HepaRG™ NP 3D model features the ability to recapitulate a number of modes of liver toxicity including non-cholestatic, cholestatic, and immune-mediated mechanisms. For more information on evaluating DILI, visit our hepatotoxicity assay page.

The OpenLiver™ HepaRG™ NP 3D also feature the ability to recapitulate a number of liver disease pathologies. Whether evaluating the disease-inducing liability of a compound or exploring targets to exploit for therapeutic amelioration of disease state, the HepaRG™ NP 3D is capable of recapitulating disease features such hepatocellular lipid accumulation, nonparenchymal cell phenotype shift, and collagen matrix deposition. For more information on these assays, visit our assay pages on steatosis and fibrosis.

Visikol OpenLiver HepaRG/NP 3D spheroids were pretreated with either vehicle or an ALK-5 inhibitor for 1 h prior to inducing fibrosis with 100 nM TGF-β for 48 h. DAPI in blue, viability indicator in green, pan collagen in red.

The Visikol OpenLiver™ HepaRG™ NP 3D model is generated from the co-culture of HepaRG cells with single-donor mixed nonparenchymal cells (NPCs). To generate these models, cells are thawed, washed with complete media (HepaRG General Purpose Medium + 1X anti-anti), and immediately resuspended in complete media at concentrations sufficient for plating 2×103 total cells per well of either a Corning 96 or 384 Well Ultra-Low Attachment Treated Spheroid Microplate at a 60:40 ratio of HepaRG:NPCs. Spheroids begin to aggregate within 24 h of initial plating, after which media is changed on day 3. 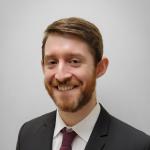